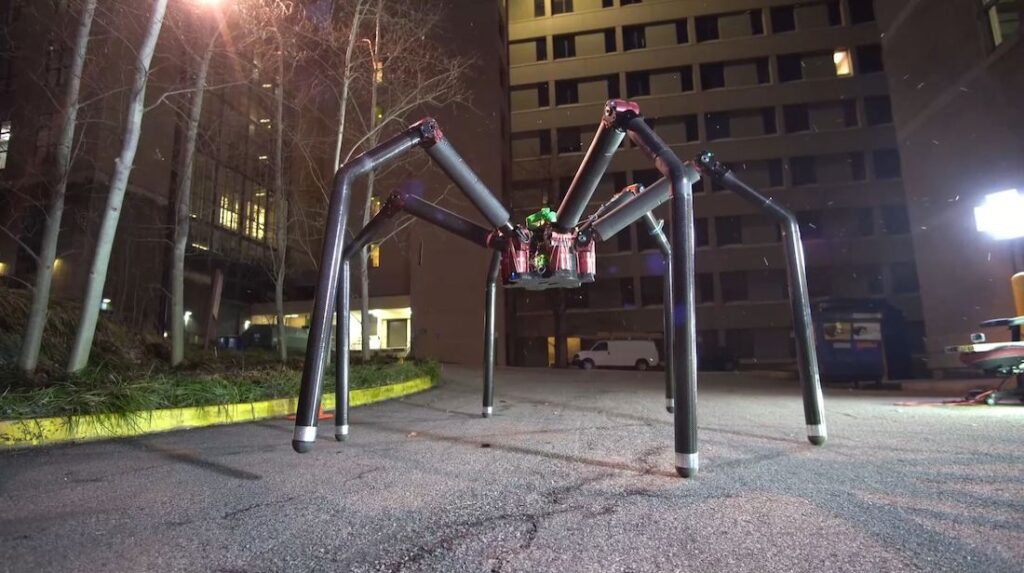 The Robotics Institute (RI) is a division of the School of Computer Science at Carnegie Mellon University in Pittsburgh that has been called a pacesetter in robotics research and education.

Flyover Future had the opportunity to speak with Srinivasa G. Narasimhan, the interim director of RI to talk about how the institute got started and the important work they’re doing.

Tell us about the Institute.

A couple of years ago, in 2019, we celebrated our 40th year anniversary. This is the longest running department of robotics in the world.

We are a pretty big department, Robotics, dedicated to fulfilling the promise of robotics, with close to 900 to 1,000 people in the department, including faculty, students, and administrative staff. We created the first PhD program in Robotics, and we created several undergraduate and master’s programs in Robotics. The PhD program has been going on for 30 years.

What kinds of robots are built there?

Narasimhan: The field of robotics is this general, catch-all phrase where you’re sending a robot out into a field. It could be agriculture. It could be mining. It could be aerial or underwater, anywhere. We call them robots because they have some kind of intelligence. They have a mechanical system that does some action that can go around.

We take ordinary things like vehicles or construction equipment and add intelligence. Even though today we have self-driving cars going around in many of our cities, this concept of self-driving has been there since the beginning of the Robotics Institute.

Over 40 years, we have developed lots of different kinds of large robots, whether it’s on the ground or aerial, in space, underwater, and so on. In fact there was even one robot that went into a volcano, and that one was called Dante.

How does the Institute’s work affect the Pittsburgh ecosystem and the world?

There are about 70 to 80 start-ups in the city of Pittsburgh doing robotics-related work, and over 30 have come out of the department. [Flyover Future previously covered one of the startups, Astrobotic.]

There are a lot of people who graduated from Robotics and joined NASA. The code and the systems that were built were part of many of the Rovers—for example, the one that just landed on Mars.

One of our students, Andrew Johnson, is the lead manager at NASA for the perception system for Perseverance, which allows the rover to see. So there is a significant synergy between RI and space programs. There are several missions planned in the next few years, so that’s again another big synergy that we are seeing.

Aurora, Google, all of these places are full of Robotics Institute people who either started the thing or are very close to the top of the hierarchies.

What are some of the things RI is working on now?

Narasimhan: We have the Advanced Robotics for Manufacturing Institute right next to campus whose goal is to bring manufacturing and robotics together.

There are also groups that do medical robotics. For example, there is a tiny snake that can go into your body and do heart surgery. This is something that is done at University of Pittsburgh Medical Center (UPMC) now, based on the technology that was developed here.

If you think about the broad spectrum of things that we’re doing, that’s one of the reasons why this is such a great ecosystem generator. That’s what the Robotics Institute is bringing to Pittsburgh.