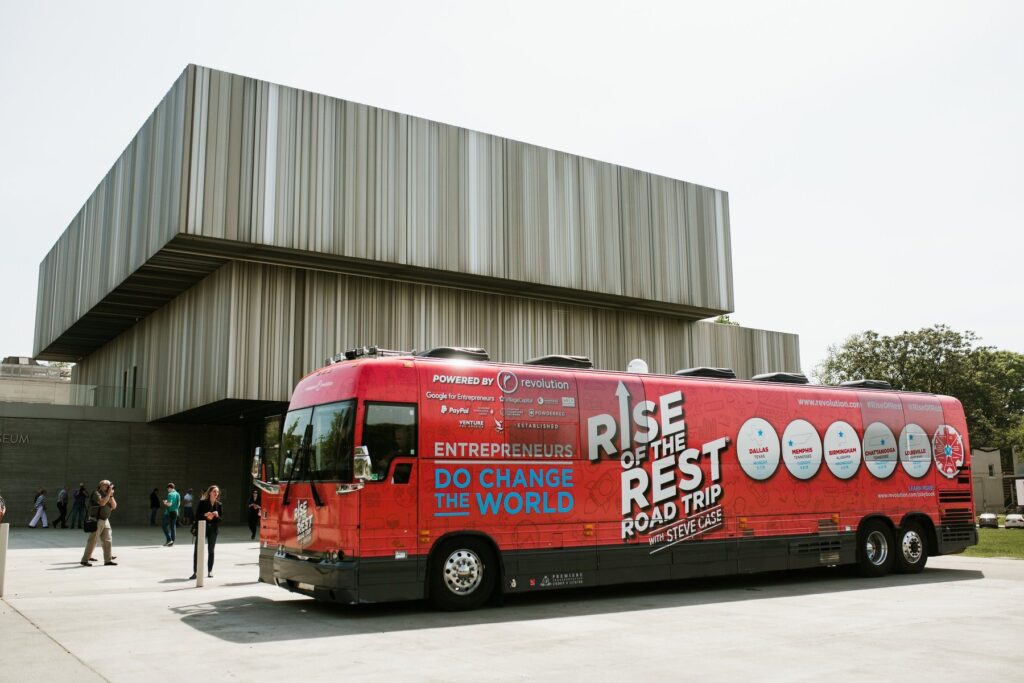 2021 was a record year for venture capital, according to a new report called Beyond Silicon Valley compiled by Revolution in partnership with Pitchbook. The report explores where venture dollars are going and finds that investor interest is increasingly tipping toward “rising cities.” The data also shows that the proportion of seed- and early-stage VC dollars going to Bay Area startups has been steadily declining.

What was the impetus for the report?

Anna Mason: We wanted to track the momentum we were seeing and experiencing on the ground as we invested in regions all across the country throughout 2021. We had the sense that there was actually also a lot more funding momentum moving outside of Silicon Valley and the traditional coastal tech hubs, and being redistributed in ways that were exciting to us. We wanted to take a step back and test the data and see if it really synced up with what we were experiencing anecdotally with our own deal flow.

What are some of the report’s highlights?

Anna Mason: The report bore that out that 2021 appeared to be a tipping point of sorts for early-stage investment capital. One of the most important data points that came out of the report is that, for the first time in 10 years, the percentage of early-stage venture capital dollars getting invested in the Bay Area actually fell below 30%.

David Hall: The report also underscores the importance of early-stage capital A funds in helping companies in these cities accelerate, start hiring, and get a name for themselves. We learned that the focus of that capital tends to be a regional.

Historically, the big VC firms on the coast would get on planes and fly anywhere for a growth-stage company that’s raising $100 million, before they would to a company raising two or $3 million. They didn’t see that early stage as being necessarily worth their time, especially if it was so far away. Regional investors picked up the slack. But what we’re seeing now is not only more regional investors investing early, but these coastal folks are taking a shot at some of these companies.

What factors do you see in the cities that have rising entrepreneurial activity?

Anna Mason: In our 2018 Ecosystem Playbook, we talk about the seven spokes of the startup hub and the idea that startup communities are not just about investors and entrepreneurs. It’s about elements of the broader ecosystem that interact with companies. It could be the customer, support for non-dilutive funding, or about what cities create spaces and leverage convening power to really drive connectivity, opportunity, and optimism.

Give us an example.

Anna Mason: We look to what’s happening in the local media stream. Are startups being written about and being recognized? What is the relationship between universities, major corporations, municipal and state government, and what levers do they use to push out to support entrepreneurship.

One interesting example is Green Bay, Wisconsin. We have been following TitletownTech. The name comes from the Green Bay Packers, who are a partner and anchor tenant in the work. It’s literally across the street from Lambeau Field. Maybe a year or two before the pandemic, there was a partnership between the Packers and Microsoft. They teamed up to develop the startup hub and park that now houses an investment firm that serves as a beacon to attract startups, not just in capital but also the physical space that’s available to startups through this opportunity.

Who is included in Revolution’s Rise of the Rest Road Trip?

David Hall: We take a significant delegation that usually consists of Steve [Case] and our team. We bring with us other ecosystem builders, people who are doing this work in their respective communities. Also, really importantly, we bring a number of coastal investors who have their hand in the coastal tech scene. And, finally, media comes with us.

What happens on the road trips?

David Hall: On each bus tour, we visit five cities in five days and invest at least $500,000 in local startups through pitch competitions.

We start the day educating and informing the leadership of these communities that they have a nascent, vibrant, and growing startup community. Surprisingly, a lot of the big policymakers are just starting to recognize the value of having these startups.

Then we do a startup cross, visiting the startups that are actually making a difference. We meet the management team and the employees. We like to ask them, ‘Why did you leave your comfortable corporate job for this startup?’ You hear such great narratives around wanting to be more risk- or future-oriented, as opposed to working for some nondescript Fortune 1000 Corporation.

What Flyover Cities really stand out to you?

Anna Mason: That’s actually a really hard question. We’ve been to 41 states and they’re all truly special. To me, one of the most special aspects of the tour is that we have the opportunity to uncover and share our story, but to also experience the personality and spirit of a city. By traveling to places like Indianapolis, Pittsburgh, Ann Arbor, and St. Louis, we’ve gotten to experience America through the eyes of the entrepreneurs who are reimagining the future.