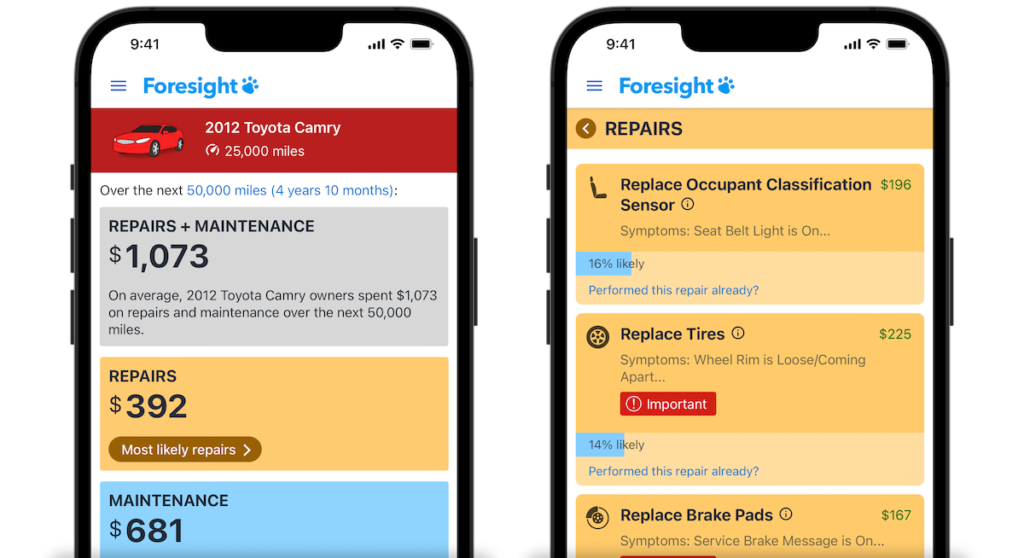 It’s probably fair to say that at some point most of us have had to place blind trust in a car mechanic. We also trust them to tell us what maintenance issues we can expect in the future with our cars.

Ann Arbor-based CarBeast has created an app, with tech licensed from company Ubiquiti, that not only diagnoses vehicle problems but can also inform you about maintenance and repair issues that might be on the horizon, based on actual records compiled from tens of thousands of technicians’ experience in servicing vehicles across North America. CarBeast’s creators say they like to think of it as WebMD for cars. We spoke to the data scientists who created the app, Benjamin King and Kunal Joshi. 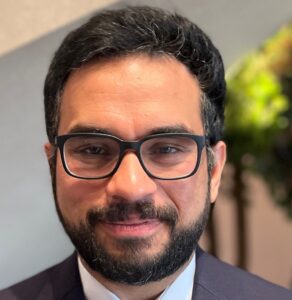 Tell us about the app.

Joshi: CarBeast is a virtual service advisor that offers two applications. One is called Insight, where problems are diagnosed and you can get repair estimates. The other is Foresight, which we think of as a sort of complement to the typical Carfax reports, where instead of telling you about what’s happened in the past for the vehicle, it tries to predict the repairs that might be needed in the future. It can be useful for anyone making any sort of car purchase decision.

Where did you gather the data points for the app?

King: The data itself comes from repair shops, where a technician will write up a narrative of what the problem was when you came in with your car.

Is it a combination of that general data as well as your own car history?

King: Correct. So, if we have a history for your specific car, we can customize it to make it more specific.

How did the CarBeast company come about?

King: The CarBeast company has been around for almost seven years now. It was sort of a spinout from Ubiquiti. We started out as a group that works with dealership groups, helping with service marketing. The idea there is that you want to be sending coupons and offers to customers that are going to be most likely to respond.

And then we kind of realized that the same technology that we’re using to predict these sorts of things could be used to reach those customers directly. Instead of sending them a coupon that says, ‘We think you might need radiator service soon. Here’s a coupon for 10% off,’ we could just tell them directly, based on cars that are similar to yours, about that radiator service as well as a list of other things that they might have at the same time. 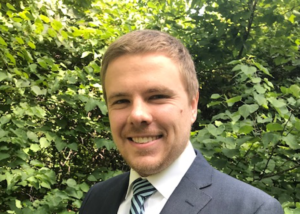 Michigan is big in the automotive industry. What other advantages have you seen when building the company?

King: Yes, the automotive presence is a huge thing. There are so many suppliers that you can just hop in your car, drive 20 minutes, and be at their offices. So that’s a great thing. Another great thing is that Ann Arbor is an area with a lot of innovation and a lot of academic talent. We’re located in the same town as the University of Michigan, so we’ve actually been able to recruit from the university. I get a lot of talent from there. And then, just the relations that we have with faculty at the university have been great for collaboration, bouncing ideas off of, that sort of thing.

The app is useful for both dealerships and car owners?

King: Absolutely. We think that’s a big use case for this technology, just to be able to empower our owners. It can feel like you’re at a disadvantage when you go to a dealership or a repair shop. They can talk your ears off with jargon. But this sort of thing empowers you to say, you know, ‘You’re telling me that I need to have my blinker fluid replaced. That’s funny, I didn’t see that anywhere in this car’s report. Can you tell me more about that?’ Maybe they’d have a second thought about trying to sell you services you don’t need.

I’m just making up an example–here’s a Toyota XYZ in model year 2016 that tends to have this problem that crops up around 70,000 miles. You know, from our data, we can figure out those sorts of patterns. But unless you’re a car guy and you’re going on the car forum, you probably don’t know that this specific car that you’re looking at has this issue that tends to crop up. So we think that can be the sort of thing that is empowering to a consumer to make an informed decision about buying a car.