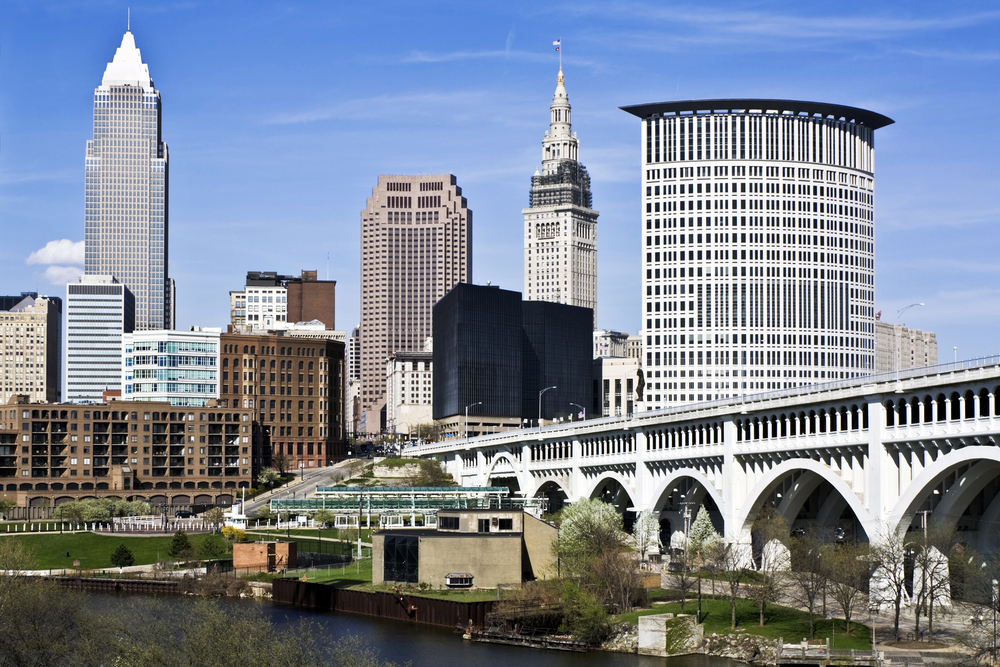 Cleveland has had its share of highs and lows. The first high came during the peak years of American manufacturing, when it became a major industrial city. John D. Rockefeller founded Standard Oil there in 1870, and by the middle of the 20th century, Cleveland was one of the richest cities in the country. Then, as happened in many industrial towns, things started going downhill. Manufacturing jobs disappeared, factories and businesses closed, and Cleveland’s economy declined. Its image suffered as well.

Yet even as outsiders were viewing Cleveland as a Rust Belt disaster, the city has begun working to fix its problems and get back on its urban feet. And healthtech is a leading driver.

2016 was pivotal. David Gilbert, director of Destination Cleveland and the Greater Cleveland Sports Commission, described it at the time as a “fairy dust year.” The Cavaliers won the NBA championship (ending a 52-year professional sports drought), the city hosted the Republican National Convention and drew reputation-boosting accolades, and the Cleveland Indians made it to the World Series—a tremendous achievement, even though they ended up losing to the Chicago Cubs in an extra-inning game 7. Cleveland now boasts a growing economy, a healthy tourist industry, and a thriving startup ecosystem that’s drawing founders and funding from across the country. The city is among the top recipients of investment for biotech start-ups and research.

Today, thanks to forward-thinking investments, biomedical and “smart” manufacturing start-ups have grown.

One of the biggest drivers in biomedical innovation is Cleveland Clinic. It was named the No. 1 hospital for heart care and one of the nation’s top hospitals overall in U.S. News & World Report’s “2022-23 Best Hospitals,” ranking among the Top 10 in nine specialties. Its “culture of innovation” has led to key breakthroughs, from osteoporosis treatment to 3D-printed patient-specific airway stents to peanut allergy therapy.

Earlier this year, the Cleveland Clinic announced that it would invest $1.3 billion in capital projects, including new buildings and renovation of facilities in Ohio, Florida, and London. One of the biggest projects is a new, 1-million-square-foot Neurological Institute.

Also just announced: Tech giant IBM is collaborating with the Cleveland Clinic on the first healthcare quantum computer in the U.S. This will be a key component to a 10-year partnership between Cleveland Clinic and IBM aimed at fundamentally advancing the pace of biomedical research through high-performance computing.

Cleveland Clinic’s CEO and president Tom Mihaljevic, MD, said, “This historic investment will position Cleveland Clinic’s Global Center for Pathogen Research & Human Health to alter the course of human welfare. The world has experienced the destruction triggered by pathogens, we will be part of the solution.”

Other major players in health tech

Case Western Reserve University is a research powerhouse, pioneering discoveries in fields such as biomedical engineering, chemical, and biomolecular engineering. Case Western Reserve’s Next Generation Health Care initiative will build on the university’s biomedical technologies and drug development to advance diagnosis and treatment for cancer, cardiac, neurological, and infectious diseases.

The MetroHealth System is a nationally ranked non-profit, public health care system that is expanding its expertise in population health, medical informatics, epidemiology, and modeling to support early detection and monitoring of disease spread within communities.

In September, researchers from The MetroHealth System and Case Western Reserve University received a three-year, $12.5 million grant from the National Institutes of Health (NIH). They will develop an open-source network that will allow researchers around the country access to groundbreaking technology developed in Cleveland that can help individuals regain bodily function after devastating injury or disease.

Cleveland has made fantastic strides since its “fairy dust year” in 2016. We can’t wait to see what happens next.