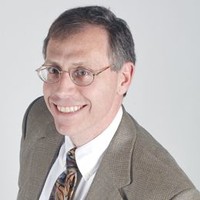 Last month, Comeback Capital announced the appointment of two general partners and the launch a $10 million rolling fund. The VC firm, with a group of coastal and local LPs, focuses on providing early stage funding to startups in the U.S. heartland. Flyover Future spoke with Scott Shane, the managing director of Comeback Capital about their efforts.

Tell us the origin story behind Comeback Capital.

Shane: In early 2018, a group of top coastal investors — from Bloomberg Beta, Founders Fund, General Catalyst, GGV Capital and Softbank Corp. — took a bus tour through the Midwest with Congressman Ro Khanna from Silicon Valley and Congressman Tim Ryan from the Akron-Youngstown, Ohio area. They were looking for ways to invest in the heartland. They visited places like Pittsburgh, Cleveland, Columbus, Flint and Detroit; known as “comeback cities.” For example, in the 1920s Cleveland was one of the wealthiest cities in the U.S. Then there were declines, but things are coming back with new generations of technology.

I met them in Youngstown. I had been a high-volume angel investor for a while. I talked to them and I convinced them that I had a model for investing in the Midwest. The model was to connect two groups of limited partners — the coastal investors from these bigger funds who are basically looking for a scout fund and the people within the heartland who are looking for deal flow outside of their local area.

Those two groups of people invest in comeback capital into our fund. Then we deploy money into the companies where limited partners have the opportunity to sidecar and invest alongside us in the companies at the stage we’re investing. They can also follow on an investable later.

How did your first fund go?

Shane: We did a very small demo fund — $2.25 million — which we finished deploying in late May of 2021. We deployed that demo fund into 27 companies. It had quite a good record. Our markup on invested capital is around 1.91 percent, and 13 of the 27 companies had markets in the last two months. We just launched our rolling fund to continue investing.

What we’re finding is the companies that do really well are the ones that have developed some front-facing or investor relationships in the places where there’s a lot of capital, like New York or San Francisco. However, they are smart enough to know that customer success and back-office operations are probably better suited for places like Columbus and Kansas City. That’s where the labor force is really good, but the cost of living is less. I always use this example: ‘Do you really want your customer support people to be stressed out, living in New York City and not being paid enough [to cover] the cost of living there? Or, do you want them sitting in Kansas City, where they’re kind of laid back and talking to your customers in a more relaxed way?’

How do you find the companies you want to invest in?

Shane: We find them lots of different ways. We’re involved with a lot of accelerators. We see a lot of Techstars and Gener8tor companies.

The second source is just market activities. I’m also a professor of entrepreneurship at Case Western Reserve University, so I see a lot of early ventures started by students in different universities.

There’s also word of mouth. A founder in Milwaukee is likely to know of other startups in Milwaukee, and they’ll refer them to us. Our LPs are all active investors and will refer companies, too.

Shane: It’s a little bit of a change in involvement. Phil Hagerman and Patrick McKenna were limited partners before. Now, they are going to not just devote capital to the effort but also the time. [Patrick McKenna, co-founder/executive chairman of Facet Wealth and Phil Hagerman, CEO of Forum Health, will help the firm capitalize on the bounty of talent and entrepreneurship in emerging tech hubs beyond the Midwest.]

Money is a commodity. The value comes from the money being associated with people who know what they’re doing.