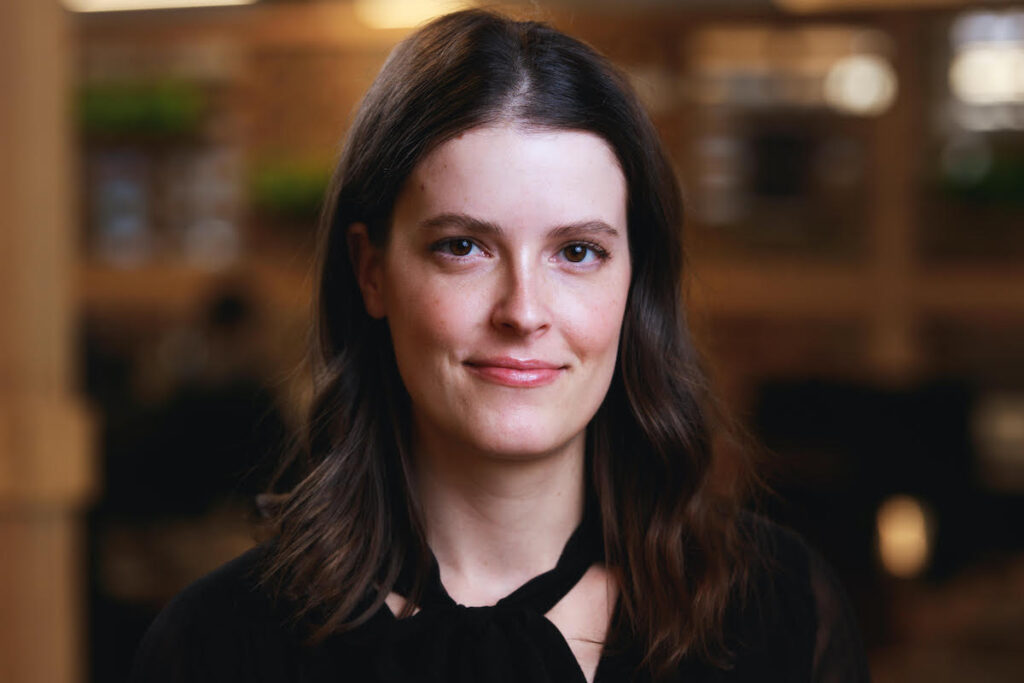 Marinus Analytics is a company located in Pittsburgh that uses machine learning to help stem the tide of human trafficking. The company is the only American finalist for the IBM Watson AI XPRIZE competition, which is a five-year process of paring down a list of 150 AI-focused companies.

We spoke with Emily Kennedy, one of the company’s co-founders.

Where did the idea for Marinus Analytics come from?

Kennedy: It started when I was at Carnegie Mellon. I was a humanities student, really interested in social impact. I began to see how the internet influenced a lot of human trafficking and sex trafficking to move from the streets to online.

I started to think about ways that we could use technology to help detectives who are working human trafficking investigations. There weren’t really any good solutions for those investigators at the time. It was a lot of manual work trying to capture this information online. I connected with great researchers at one of the labs at Carnegie Mellon in The Robotics Institute and learned about machine learning and AI and how it had the potential to make a really big impact on this problem.

Fast forward across a couple of years, I focused my senior honors thesis on that subject and ultimately that snowballed into creating a prototype at the lab of what later became Traffic Jam, and then ultimately spinning Marinus Analytics out of the university in 2014.

What is Traffic Jam?

Kennedy: Traffic Jam is a suite of AI tools that investigators use for human trafficking investigations, and it’s used by local, state, and federal law enforcement across the United States and Canada and the United Kingdom. Myself and two co-founders, Dr. Artur Dubrawski and our CEO, Cara Jones, founded the team.

Explain how the tech works.

Kennedy: Every day, there are roughly hundreds of thousands of ads selling sex on the internet. Every single day, just in the United States. A subset of those are advertising victims of sex trafficking. So it’s a huge amount of data, way too big for law enforcement to be able to research or investigate manually. Traffic Jam is able to look at these online web sites where victims are advertised and then provide everything from simple search. We deploy graph analytics to detect organized crime and purpose-driven algorithms to identify vulnerability indicators.

For instance, our data can identify the same hotel bedspread that’s across multiple photos to help find and recover victims. Really everything from simple search to advanced AI, and we put that in detectives’ pockets so they can conduct more effective and quick human trafficking investigations.

We estimate about 70,000 hours of investigative time saved in the year 2020 alone. Traffic Jam empowers search is about 60 times faster than if they were searching manually. Really, we’re supercharging their abilities to find and recover victims, as well as dismantle and take down everything from the lower-level trafficker to the large, organized criminals out there.

Are you creating new tools?

Kennedy: Yes. Our mission has been solely focused on human trafficking for the first five years of the company. Then in the last couple of years we started to branch out other ways to have an impact on our mission outside of human trafficking.

Our mission is really to use AI to get insights out of Big Data to help the vulnerable. Human trafficking was where we started, and then more recently we have branched out into two new verticals – cyber fraud and child protection/child welfare.

Then with child welfare and child protection, when we were working with human trafficking investigations, we saw that a lot of that work is reactive. Detectives get a missing child report, and they respond. We thought for many years about the prevention side of things. What if we could do something to help prevent the exploitation in the first place?

We started talking with human services agencies and they had similar pain points to what the detectives had. They had a ton of social worker case notes, which is pretty much the majority of it is unstructured data, paragraphs of notes, and they were struggling with how do we get insights out of these notes?

So we’re creating tools now for social workers in the field to record those notes more effectively as well as provide AI insights to help them process the data on the back end.

What’s great about being in Pittsburgh?

Kennedy: We have had opportunities to relocate to Silicon Valley, and that really was not the spirit of our company. We realized a couple of years in that we really are a Pittsburgh company. The Pittsburgh spirit means is not just innovation that you think of when you think of Carnegie Mellon, but also the scrappiness, the ability to get things done, to not just talk about doing things but actually do them. I think that’s why we were able to grow so well and so organically as a Pittsburg company.