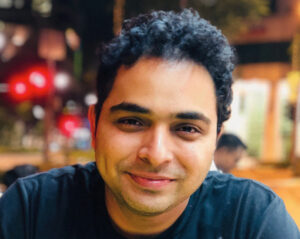 Broadly speaking, accelerators help new ventures with their startup processes. But in many cases, their incentive programs help bring new businesses to their respective cities. Xena Intelligence is an example of such a business.

Akhil Suresh Nair has been interested in ecommerce since he earned his MBA at Babson College in Wellesley, MA five years ago. He began freelance consulting for small businesses in the Wellesley area where he became aware of some of their challenges. We spoke to Nair about his company, Xena Intelligence, and what made him move its headquarters to Louisville, KY.

What were the challenges you saw?

Nair: This was around the Pandemic businesses were seeing their sales drop and their customers running away. They wanted to explore additional revenue sources so they wouldn’t have to fire people or shut down their shops. So then I thought a good way to help would be to help them figure out how to sell on platforms like Amazon and Walmart, which were growing in popularity. But selling on Amazon is very expensive—to run advertisement or ad campaigns on this platform is extremely expensive. Very few small and medium businesses actually make any money out of it.

What was your solution?

Nair: I built a software program to help automate the process of running ad campaigns. And it kind of took off from there. It was very helpful for our early customers. Then I hired a bunch of people and then we started building Xena intelligence.

Who is your target customer?

Nair: Small businesses are where we started off where we see the most impact, but the same concept can be applied to any type of company really. Currently, we have around 22 customers, most of them are early stage brands, with the exception of Nestle and Acme. Thanks to the work we did, our small business customers were able to expand and they were able to hire more people. They were able to not just survive, but come out better than before.

And you moved your company to Louisville, KY. How did that come about?

Nair: About two years ago, I won the Render Capital Competition. We received $100,000 in pre-seed funding. The criteria for winning the competition was that the founder had to relocate to Louisville for at least a year. We stayed past that year because of the support of the community in Louisville. More recently, we won the Vogt Awards which gave us more access to the community. So it turned out to be a good move.

Were you reluctant at first?

Nair: initially, we were. My wife and I weighed whether to accept this opportunity or not. We were a little reluctant because of preconceived notions about the idwest. $100,000 is good money but we could have gotten that from other sources. But when we came here, we met everybody and were immersed in the entrepreneurial ecosystem. It was my wife who actually told me that we should definitely move here. It’s a great community. The misconception that people on the outside have is just ridiculous. We did not face any kind of pushback from the fact that we were new or not from here. Everyone is open to any kind of value that we are able to bring as entrepreneurs and that I had not felt in Boston.

I don’t think there are many places that are actively trying to do something like this city is. I mean, money is one aspect, sure. But the community is something that you just cannot buy or you just cannot will to exist. It’s just either there or not.

You also got additional funding once here, correct?

Nair: Yes, we got funding from Keyhorse Capital.

What does the future hold for Xena Intelligence?

Nair: I want to set up a space here where I can attract talent from different parts of the country, even the world, and also be able to engage with the community.