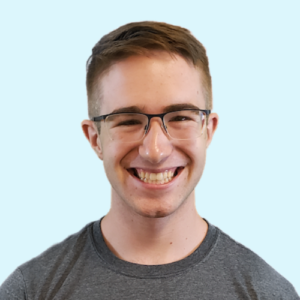 2021 was an “insane” year for CoPilot and its iOS-based personal training app, says CEO and co-founder Matt Spettel. Fueled by customers looking for ways to stay fit during the pandemic, revenue exploded to 18x the previous year. The Pittsburgh-based startup grew to about 50 employees, many of whom are full-time trainers, and it secured two rounds of funding, most recently $5.6 million announced this month.

We spoke to Spettel about his crazy year and what the next 12 months hold.

CoPilot is the result of a pivot from tech that tracks individual metrics to supporting the relationship between personal trainers and clients. How did you get the idea to make the switch?

Spettel: The original product was very much inspired by just myself and my co-founder Gabe (Madonna)’s sort of personal problems and nerdy interests in fitness … how can we measure our reps and our pacing and record these things automatically? While it was cool, it wasn’t solving the fundamental issues that most of the people who were stepping into that gym actually had relative to fitness.

Through interviews and just customer discovery in general, we found that these core issues were … much more human issues of accountability, motivation, self confidence. And what we found in practice was just that these human problems could really only be tackled well by another human being. So we said, ‘Alright, let’s try to inject an actual human coach into this system and have the technology be the eyes and ears.’

Do you now view CoPilot as a personal training company, or as a tech company?

Spettel: I would say CoPilot is a coaching company empowered by technology. At first, we were probably a tech company that was trying to deliver fitness and coaching and now we’re a coaching company. I think it’s important to define what your company does around the core value you provide to the end user.

How does your technology work?

Spettel: A lot of credit in the early days goes to my co-founder. Any Apple Watch has these sensors that record your acceleration, how much you’re turning, which direction you’re facing. But you know, that data by itself isn’t very useful. And so he figured out how to take all that raw data and deduce what exercise you’re doing at a given time.

How does employing your trainers, as opposed to them being 1099 contractors, impact your business?

Spettel: I say we treat our coaches like Google treats their software engineers. They are the core of everything we do. If we had coaches who thought about CoPilot like Uber drivers think about Uber, this wouldn’t work. It makes it very easy for us to attract top-notch coach talent because the job is very desirable and to retain coaching talent. That level of coaching enables such a high level of value to the customer and such a high level of retention of those customers.

How would you describe the tech innovation scene in Pittsburgh, and how is that influencing CoPilot’s growth?

Spettel: I’m a huge fan of Carnegie Mellon. And they’ve been instrumental in getting this company off the ground. I came to one of the leaders of Carnegie Mellon entrepreneurship and said, ‘Hey, I got this random idea.’ Within a week, we had a 10-foot by 10-foot garage space to hack in. We started doing these little accelerator programs they had and pitch competitions.

The McGinnis Venture Competition is one of the biggest ones in Pittsburgh hosted at CMU; we won first place there back in 2019, which was a $25,000 prize. That ecosystem not only provided us a place to work, but provided us with the funding and the mentors, and the resources we needed to just make fewer stupid mistakes.

How do you see CoPilot continuing to grow, since COVID acted as an accelerator for your growth?

Spettel: We’ve very carefully watched how our growth rate corresponds to, especially, the media’s portrayal of how bad COVID may be at any given point in time over the last 18 months. And what we’ve seen is that when a ton of stuff shuts down, there’s definitely spikes. But when things come back from those shutdown periods, we see an increase, just an overall increased willingness to try out and adopt remote technology across the board. We’re confident that coming out of this, there will still be this general shift in the population that people are interested in exploring these more affordable and more flexible remote solutions.