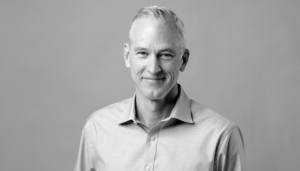 Lewis & Clark Ventures is an early stage venture firm managed by former founders and operators. They invest in late seed through Series B companies between the coasts. We spoke with Brian Hopcraft, General Partner at Lewis & Clark.

Tell us about the fund.

Hopcraft: We founded the fund with the thesis that there wasn’t enough capital available in the middle of the country. At the very early stages of a startup, you raise money from friends and family to get you started. You might also get $500,000 to a million dollars in seed money. Where we invest is after that stage. We like to see companies that have customers and maybe $100,000 of revenue. That’s where we want to invest.

That’s where we always saw the need for a bigger check size, a bigger amount of investment and we knew we could have the biggest impact in the middle of the country. There are plenty of great companies here—ideas don’t just happen on the coasts—and there are great entrepreneurs taking chances. We wanted to be the funding source for companies at that stage.

What other factors led you to focus on the Midwest?

What can you tell us about your portfolio?

Hopcraft: We’re in our first fund, moving to our second fund. In our first fund, we invested in 14 companies. Everywhere from Chicago to Salt Lake City to Columbus to Indy. The company in Indianapolis is called Springbuk. It’s a healthcare data analytics company and it’s a great story: an entrepreneur had some background in the space and started a software company. They were probably 12 or 15 people, with some revenue and customers. We backed them with an investment. We’ve worked with them closely and they’ve grown significantly since then. That’s our model of what we want to do.

I’ve been an entrepreneur myself and I know that in those early stages it’s hectic but it’s also fun. I love working with those entrepreneurs. Being an advisor and mentor to help them grow the foundation of a company. Having a company of ten people is much different than having 100 people. When you have ten people, the CEO is probably the chief salesperson, the market lead and running the HR department. With a 100-person company, you have a dedicated marketing person, a dedicated sales lead, etc.

How do you find startups?

Hopcraft: Pre-COVID we used to spend a lot of times in different cities in the middle of the country. We’d meet good entrepreneurs who knew others. Entrepreneurs always want to talk to a company that wants to invest. Lately we’ve looked a lot online for companies that have already made that first seed round. The process involves a lot of networking, a lot of building relationships with anyone from attorneys to the seed fund investors to universities and their programs. You start getting into that world and it gets easier to find companies.

Other than funding stage, what criteria do you look for?

Hopcraft: We always look at the founders. Since the companies are so early, we’re backing an idea. So when we find a great leader, that gets our attention.