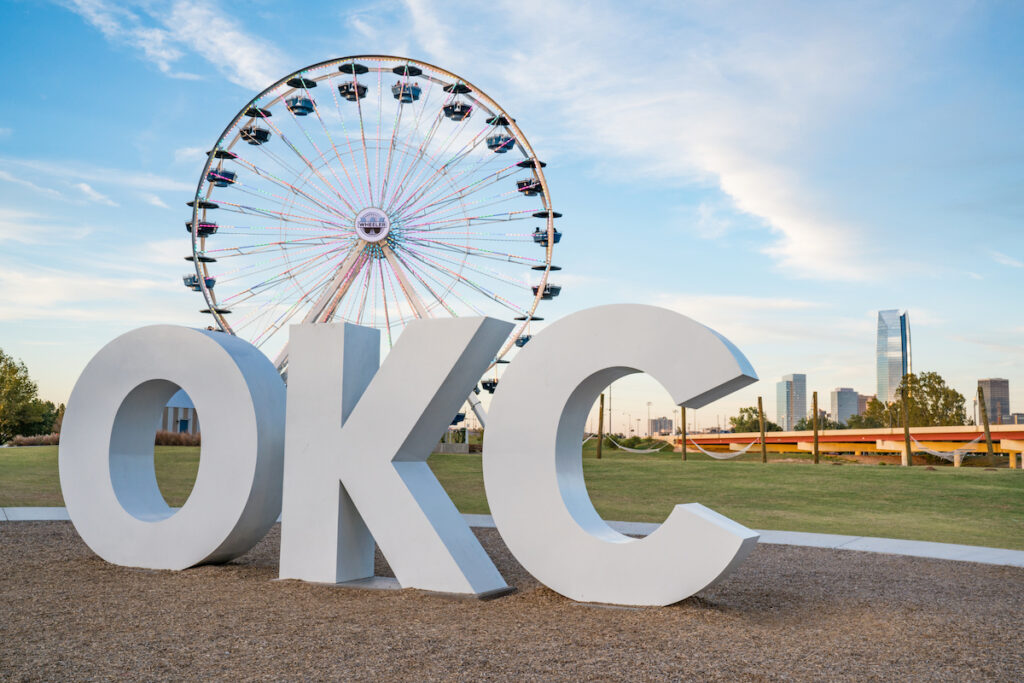 Rodgers and Hammerstein may have thought O-K-L-A-H-O-M-A was O-K, but the Sooner State and its biggest city were anything but in the 1980s. In fact, before 1993, “living in Oklahoma City kind of sucked,” according to David Holt, who worked for Mayor Mick Cornett from 2006 to 2010. As a history of the state’s economy later explained, “the traumatic collapse of the energy business led to substantial out-migration, failure of financial institutions, excess capacity in real estate and fiscal crises in state government.”

However, everything began to change in 1993. That year, Oklahoma City residents decided to pull themselves up by their cowboy bootstraps and turn their hometown into a “big league city.”

If you build it, they will come

After the city lost out on a bid for a new United Airlines maintenance facility — it went to a sister heartland city Indianapolis — Mayor Ron Norick and the Greater Oklahoma City Chamber of Commerce proposed the Metropolitan Area Projects Plan (MAPS), which would use a time-limited, one-cent boost to the local sales tax to fund specific civic-improvement projects.

Voters approved the first phase of MAPS in 1993, and then subsequent phases in 2001, 2010 and 2019. Over the years, MAPS has paid for everything from convention center improvements and a trolley system to construction of schools and the popular Scissortail Park. In 2019, the Greater Oklahoma City Chamber reported that, because of MAPS, “Oklahoma City has changed its economic trajectory and created a place where people and businesses want to relocate…. All combined, the MAPS programs have reshaped Oklahoma City as a place to live, work and play, and set a foundation for Oklahoma City’s next era of growth.”

Today, Oklahoma City boasts a diverse economy — far more diverse than when its fortunes rose and fell with the price of crude oil. Of course, energy is still a major sector, but the local chamber also boasts of the city’s other strengths.

Oklahoma City’s bioscience companies boast annual revenues of more than $6.7 billion. This year, a group of local developers are building a 2.7-acre development in the heart of the Innovation District that will feature biotech research labs, office space, a hotel and retail space.

The University of Oklahoma Health Sciences Center earned a record high $190 million in federal and state awards during the 2020 fiscal year.

The city has taken a purposeful approach to building its aerospace sector. Oklahoma City is home to more than 290 aerospace firms, with those producing $11.6 billion in goods and services locally. It is home to Tinker Air Force Base and is a draw for aerospace companies from other parts of the world. In 2020, Skydweller Aero, a U.S.-Spanish aerospace company developing renewably powered aircraft for defense and commercial industries, moved its headquarters there.

Major advantages are the city’s location in the geographic center of the country, its temperate climate (which is sunny or partly sunny for two-thirds of the year), and its friendliness toward business. According to a study from Arizona State University’s Center for the Study of Economic Liberty, Oklahoma City is at the top of North America’s cities and major counties as the easiest place to do business for small- and medium-sized firms.

WalletHub ranked Oklahoma City number 13 for best-run cities in America and CBRE ranked it among the top cities for tech talent growth. If you’re considering making a move, then Oklahoma City has lots of advantages.