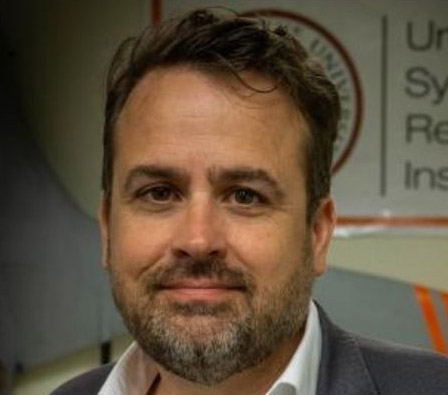 The aerospace industry accounts for about 6 percent of the Oklahoma workforce, but its impact is often overlooked in a state where agriculture and oil dominate the headlines. Several university and municipal programs are working to change that perception and drive innovation in new aerospace technology.

We spoke to Dr. Jamey Jacob, the founding Director of Oklahoma State University’s multi-disciplinary Unmanned Systems Research Institute (USRI), which recently announced a grant to establish a counter-UAS center of excellence program with the U.S. Department of Defense. OSU has also launched a state-wide educational initiative and is partnering at its campus in Tulsa on an aerospace innovation center.

Can you describe USRI’s mission?

Jacob: I joined OSU in 2006, really with a plan to set up a drone flight testing program, and USRI eventually evolved out of that. The mission actually evolved from observations that we had from both other researchers on campus and companies outside that were coming to OSU for their expertise. It’d be a question of, hey, I’ve got this problem and money to solve it. More often than not, a drone would be the right answer.

What are some of the current projects and initiatives that you have under way?

Jacob: We have a couple of big ones that are pretty timely. One of those is the counter-UAS Center of Excellence – that’s an important problem that’s gotten a little bit more visibility from what’s been happening in the Russian-Ukrainian war since UAVs (unmanned aerial vehicles) are a really big part of that. But this actually goes back to issues with the ISIL, or ISIS uprising. What those non-state actors did is essentially to utilize a lot of off-the-shelf technology modified with some garage-level engineering, to be able to create a threat that we were unable to counter. And so the counter-UAS mission has really grown out of that, and Fort Sill has been identified as the lead testing and training agency in counter-UAS.

Another is a NASA program called Wind Map, which is weather-intelligent navigation data and modeling for aviation planning, which really supports the advanced Air Mobility Program that NASA is spearheading. That is really focused on not just UAS drones, you know, but also urban Air Mobility, kind of the Uber air taxi concept. With urban planning, one of the problems that you run into is a lot of unpredictable winds due to the buildings and those urban canyons. We actually have two programs that support that. One is funded by NASA, and the other is supported by the National Science Foundation, National Robotics Initiative.

Are most of the dollars coming into the state in the aerospace category from government contracts or private investment?

Jacob: Probably just a little over half of our funding comes externally from the federal government from different projects. Another big chunk comes from companies mostly out of state, although we have some companies in state as well.

What’s the potential for growth in the sector?

Jacob: The autonomous system sector is the fastest-growing sector in both the aerospace and automotive industries. However, that’s because it’s relatively small still, so you have to take that with a grain of salt. Every aerospace company and carmaker has bought into the idea that automation is the future of transportation, whether it’s flying through the air, driving on the ground, or riding on rails, or the ocean. First for cargo, but eventually people as well.

We’ve seen reports about how the tribal nations in Oklahoma are ramping up their investments in the sector. What does that say to you about the confidence that the people of Oklahoma have in aerospace and how it’s going to impact the state’s overall economy?

Jacob: We’re excited about this as you know, as a state, due in part to the cyclical nature of our oil and gas funded coffers. …. This is an area where the Tribes have recognized that this is where they can make an impact and really be early adopters, early investors in this technology.

So in the next five-year window, will most of the impact be in manufacturing jobs, or research funding, or tax revenue, or all the above?

Jacob: It’s really still more focused in the research and development stages right now. The problem still is mostly with the batteries. Batteries are very hard to compete against hydrocarbons, and that’s where the hydrogen economy comes in. So replace some of those hydrocarbons with a cleaner burning hydrogen into the net case and you have a hybrid system where you have hybrid driving electric vehicles, and then making sure that these systems are completely safe. The first time a robot crashes an aircraft, that will dominate the headlines, even though crashes happen on a regular basis.