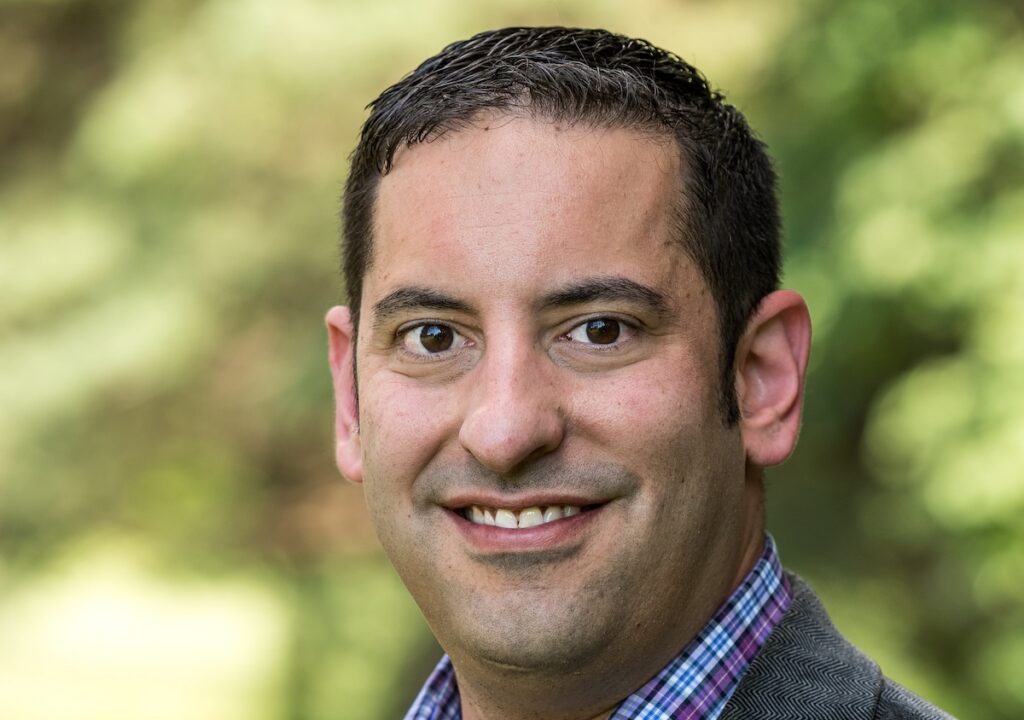 Creative things can happen between rabid football fans when one is a tech entrepreneur and the other is an engineer. XReps is a startup that hopes to transform the way that quarterbacks are trained.

We spoke to XReps CEO and co-founder Brandon Fuhr about the company and how prototyping changed its trajectory. Fuhr is recognized as a thought leader in tech circles and serves as Co-Chair of the IoT Advisory Council Executive Board for CompTIA, the world’s leading technology association.

Tell us how you got started on this idea.

Fuhr: I met my co-founder and CTO, Joel Stevens about five years ago. I had a side business doing virtual reality projects and marketing in real estate and was trying to find an engineer to help bring some ideas to fruition and ended up meeting Joel. It turned out we were both huge football fans. We talked about how virtual reality can be used to train football players, quarterbacks specifically.

He had an idea for a “smart football.” You could throw in a virtual reality simulation and essentially make that football a throwable controller where you can pull stats off the ball, but you’re actually training in a lifelike environment.

The company Strivr had a similar concept.

Fuhr: They did but they would take a 360 camera out and film practices from a quarterback’s perspective. They go back and do a bunch of video editing and then quarterbacks would mentally run through plays wearing some VR goggles. Quarterbacks were learning playbooks faster but that solution was really just advanced film review, and wasn’t interactive.

Fuhr: Joel was the casualty of a pandemic-related layoff. He went to work building a prototype of what we’d been talking about. He set up a simulation that was powered by next-gen stats data and he showed the prototype to Sammy Watkins, a wide receiver for the [Kansas City] Chiefs. We’ve been working toward executing that vision ever since.

What’s the core of the tech behind your product?

Our thought was we could make reps interactive and gamified and, in turn, boost engagement and performance significantly amongst quarterbacks. We brought in a couple of advisors–one was a former quarterback and one was the owner of a Dallas-based quarterback camp.

Any insights that changed your, excuse the pun, game plans?

Fuhr: We’ve received a lot of valuable feedback and we actually uncovered things we hadn’t considered before. For instance, one of the coaches told us that the same simulations we were building to train quarterbacks could easily be repurposed to train other positions, such as linebackers and safeties. So that’s in our long-term plans now.

Another pivot we made that was based on coach feedback: Initially, we thought we were going to have a smart ball-powered product. We determined that the smart ball was going to take quite a bit of capital and time to create into a mass-produced consumer product. But we discovered that the majority of football performance was tied to mental preparation and mental training. We didn’t need the smart football to do that, so we could get a product to market a lot quicker.

We launched a software-only version for the Oculus Quest 2 headset. It’s now the Meta Quest 2. It turned out to be a very good decision because that headset has been wildly successful in the marketplace.

Describe the tech for us.

Fuhr: We have two modes: a game mode that’s going to speak to all of the football fans globally and then a training mode. The game mode is available to anyone who buys the app. The training mode is eventually going to be a subscription offering.

How will the training mode work?

Fuhr: We’ll offer different types of cognitive drills where the user has to make quick decisions on the fly, like throwing at a target. The drills will also incorporate different educational topics like math, colors, and memory recollection–different concepts that we’re baking in from a cognitive science standpoint, to really train players’ brains. The end result is that they’ll translate those gains from the virtual reality reps to quicker decision making and better decision making on the field.

What are the next steps?

Fuhr: The first launch will be called Early Access and will happen this year. We have a power 5 NCAA division 1 university that we’ve been engaged with since last year. They’ve been testing out the product giving us feedback preparation for a pilot this season. Our plans are to launch, by 2023, what’s going to be called XReps. It’s going to be our enterprise product that will market to high school and college teams and then also to football camps nationwide.

What were the advantages of launching a startup in Kansas City?

Fuhr: Kansas City is our hometown so we love it. And we’re big believers in the entrepreneurial ecosystem here. I think having a central location when you’re dealing with folks on both coasts has some advantages. And obviously, the lower cost of living. The high cost of living in the Bay Area is going to make it a lot easier for us to bring on talent as we grow, raise capital, and expand.