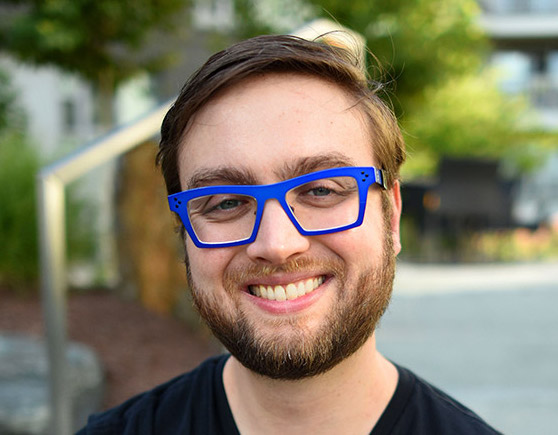 Born from cutting-edge robotics research at Johns Hopkins University, READY Robotics is now headquartered in Columbus, OH – within a short drive of 60% of US manufacturing. We spoke to Benjamin Gibbs, the company’s CEO about what they do and where they’re heading.

Tell us about READY Robotics.

Gibbs: What we do is make it easier to program robots for manufacturing applications. A large number of factories, both in the United States and globally, would love to be able to employ more robots. One of the challenges is programming them. We created a platform called Forge/OS which has a conversational programing interface called Task Canvas. It makes robot programming possible without the hassle of learning programming languages.

How did the company begin?

Gibbs: We spun out of Johns Hopkins University. We still have an office there, but our headquarters are here in Columbus, Ohio. We moved here in 2018–it was a strategic decision to be closer to the largest concentration of manufacturing in the United States, which is here in the Midwest.

What is your background?

Gibbs: I’m actually an economist by training. I did my undergrad at Johns Hopkins University and then I worked there for many years in their Technology Ventures Office, helping researchers commercialize their research. My co-founder, Kel Guerin, READY Robotics CIO, has a PhD in robotics and more than ten years experience in robotics, automation, and virtual reality.

The two of us raised venture capital money and we used that to really get things going. Drive Capital led our Series A round in investment in December 2017.

Was it harder to get funding located in Columbus?

Gibbs: I would say it was harder back in the 2016 timeframe. But Drive Capital is here in Columbus so that helped. They’re an interesting group that was started by some West Coast venture capitalists who basically said that there were huge, untapped opportunities here in the Midwest, and they wanted to do something to bring capital toward the effort. They now have over 70 companies in their portfolio and have had eight exits.

Can you give me an example of the programming of a robot that you’ve done?

Gibbs: A lot of our work is being used for machine tending. For example, when you have a lathe or a mill for metal forming, you put a hunk of metal in there and a machine turns it into particular shape for a wide variety of different things. The machine we program puts the piece of metal in, closes the door, and then presses the Start button. And that type of repetitive action is something that robots are very good at. That’s a pretty common application.

So what are your plans moving forward with the company?

Gibbs: We will continue to push on to more robot platforms. We have a new release of our software coming up soon, so we’ll be making some announcements around that.