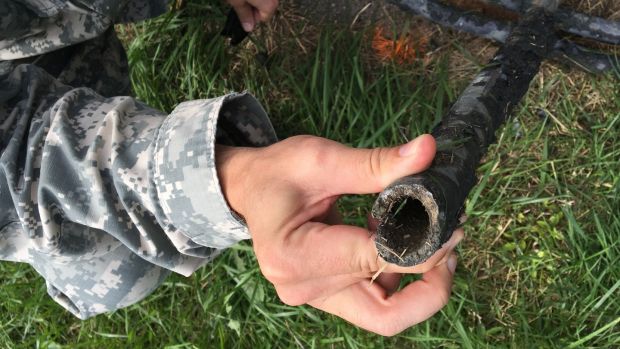 Flint, Michigan made the news in 2014 when it was discovered that corrosion from pipes in the water system were leaking lead into the water supply. According to Ian Robinson, managing director of BlueConduit, a machine learning company in Ann Arbor, lead pipes were also the main source of contamination in Newark, New Jersey and Washington, D.C.

How does tech fit in with lead pipes?

Robinson: The infrastructure question of replacing lead pipes is less a question of shovels and more a question of data. There’s no technology that you can use to hover over an area and say, ‘This is what the pipe is made out of.’ You can do a water test, but a water test is not going to tell you with 100% certainty what material(s) make up the pipe.

So the only thing you can do is just dig a big hole?

Robinson: Yes. What if you do that and find that it’s a copper pipe? Well, then you’ve wasted thousands of dollars. We provide decision support using machine learning tools to help cities better predict and understand where there are lead service lines. This enables them to prioritize their replacement efforts more efficiently.

How does machine learning detect where the lead pipes are located?

Robinson: We train a model based on what the cities have in terms of verified data. That data might include the home value, the age of home, building codes, the distance from fire hydrant and any other information we can get about the area surrounding a property. We then use that input in our machine learning model to identify the relationships between those variables to predict what the likely material is.

Because this is data science, it’s not going to tell you that there is a lead pipe here and a copper pipe there. However, it will give you a likelihood. A lot of decisions have to be made based on this information.  This can help with water filter distribution and creating a public-facing map where you can communicate to the public on the relative risk of having a lead service line and then the address.

It’s about being able to create action-oriented steps to reduce exposure. We’re really trying to support all the ways this information can be used.

How did you get involved?

Robinson: I was working at the University of Michigan in an innovation studio, one that really focused on bringing faculty research to the real world and increasing the real-world impact of research. I met the co-founders of BlueConduit and was really inspired by the work that they’d been doing in Flint. I saw this as furthering the work that I had already been doing, but in a very concrete case.

It started as research, but then different cities reached out and said, ‘We heard about the research you did in Flint. It turns out we have the same problem in our city. Can you help us there?’

What advantages do you see as far as a growing company being located in Ann Arbor?

Robinson: There is incredible talent coming from University of Michigan. In general, the Midwest is a very strong and robust entrepreneurial ecosystem. Ann Arbor is one of the gems. You have experienced investors, a good entrepreneurial support system with different entities affiliated with the university and others that make it a great place to start and grow a business. Also, Ann Arbor SPARK is a great resource for starting a business.

How do you see your business growing?

Robinson: Public awareness around the risks of drinking water have increased. The regulatory environment is changing. No city wants to be the next to have a crisis like Flint. In March, President Biden said he would ask Congress to invest $45 billion in the EPA’s Drinking Water State Revolving Fund and in Water Infrastructure Improvements for the Nation Act (WIIN) grants. Right now, there’s a lot of enthusiasm around getting the pipes out of the ground. Maybe it’s 30 years too late, but it’s better today than tomorrow.