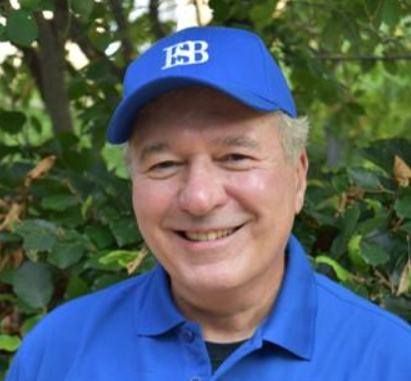 If you are an inventor, ideas sometimes come from unexpected places. In the case of Mike Saigh, inventor and co-founder of Equine Smartbit, a product idea arose from a set of missing dentures and a cat with larceny on his mind. We spoke to Saigh and CEO Mark Pound.

Tell us how the idea of the Smartbit came about.

Saigh: The idea germinated in 2014. My mom had a friend named Dottie whose cat would steal her dentures and hide them behind furniture. I thought, what if Dottie had a smart retainer that went in her mouth? It could also be used as a monitoring device that uses saliva for biometrics and diagnostics continuously.

I’m talking about measuring lactic acid or glucose instead of pricking your finger; biometrics with temperature, oxygen, respiration, and heart rate. So we created the Smartbit. We proved, after a long development, that it works on a mobile basis. It’s tiny, it’s about the size of a quarter. It fits in a retainer. It could fit on the arm. It’s universal.

By the way, Dottie now has dental implants, so the cat can’t steal anything anymore!

How does the tech work with horses?

Saigh: You can insert the microdevice into a horse bit and it tells you when a rider is going 35 miles an hour around the track. It tells the trainer, okay, this heart rate is too high and could be problematic. Or the Sp02 is too low. Or temperature is off, or respiration is off. This is in real time.

That’s important with the horse-racing industry. Over 10,000 thoroughbreds are euthanized each year. We can prevent a lot of the injuries that require putting them down with this tech.

Pound: What’s currently happening in the medical field is they’re doing their damnedest to try to help these horses and prevent injury, but it’s always reactive instead of proactive. If they use the device during a performance, they can look at the biometrics, see a baseline, and then identify the abnormalities. If something happens, then you see it from an internal standpoint and you can get that horse off and checked prior to any injury really setting in, so you can get them into rehab quicker if you have to.

Standing still, the horse doesn’t tell you much. Unless their legs are super hot because they hold so much weight in the front legs and they’re hot because they’re in pain. Or there’s a limp at the barn and you’re like, well I didn’t see the limp during the race. So now they’re limping. What happened during the race?

Where is the Equine Smartbit worn?

Saigh: To give some more clarity on the bit, there’s a metal encasement that actually goes to the middle of the bit, and the module fits within that metal encasement. The sensor can also be used in a tail enclosure.

Pound: With something like this, we’ll give a proactive approach to the racing industry. We’re showing the public that hey, we’re actually starting to take measures now to help these horses and prolong their life spans instead of treating them like an object that we just get rid of every year.

You can learn more about the Equine SmartBit in this video.