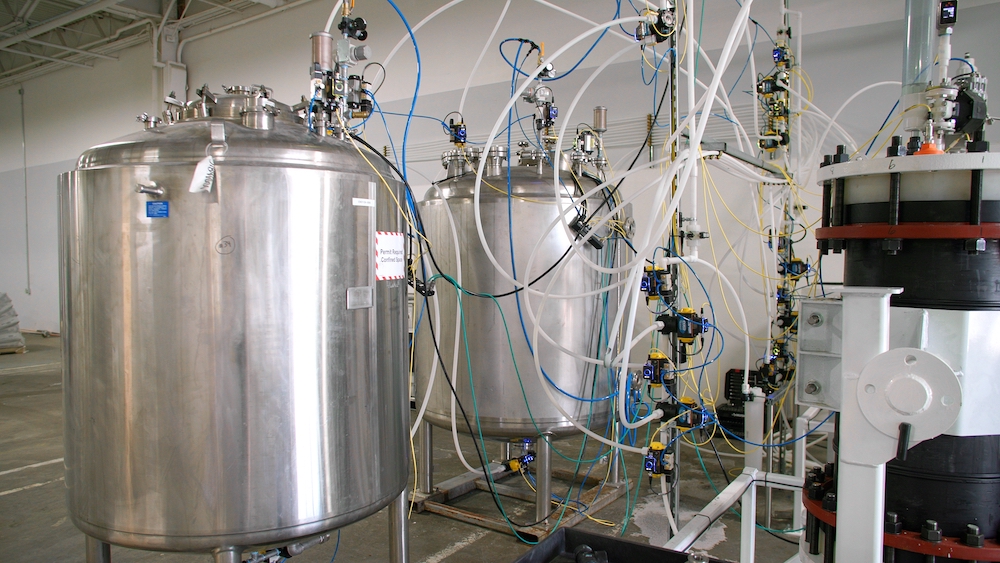 Rare earth elements have become the new oil, playing a major role in the technological advancements made in the last 50 years. The elements, found in the earth’s crust, are mined and processed, then used for cell phones, computer hard drives, powerful magnets, electric vehicles, and TVs.

Currently, the U.S. imports 80 percent of those elements from China. ReElement Technologies, a startup located in Fishers, Indiana, is hoping to change that percentage by reengineering rare earth elements with old tech and intellectual property that was created at Purdue University.

The traditional process of extracting, processing, and refining rare earth elements isn’t eco-friendly. How will ReElement change that?

Taylor: The United States throws away $3 billion worth of rare earth elements a year. If you’re like I am, you’ve probably got a drawer somewhere for old electronics that you don’t know what to do with, so they just sit there forever. Why melt those down for use in a low-value product when we can actually reclaim them and make a real circular supply chain environmentally.

You’re utilizing some “old” tech in your process?

Taylor: Our director of engineering, Bill Smith, came out of Eli Lilly, which processes several billion dollars worth of insulin using this process. Our secret sauce is Purdue University and Dr. Linda Wang, who has spent the last 40 years isolating a way that the chromatographic separation used in pharmaceuticals can be used to separate those rare earth elements. So it’s an old technology with a new twist for today’s electrified economy. We looked at technology solutions across several universities and we gravitated to this solution at Purdue because it had been proven in another industry.

This is yet another great example of tech coming out of universities.

Taylor: By partnering with Purdue, sponsoring research there, to advance the IP, we’re able to capture decades of institutional knowledge that goes beyond just the patents. Technology on a piece of paper is great, it encapsulates a lot of research that somebody has put into it. But commercializing that institutional knowledge is a key to business success. That’s what we’re focused on.

What’s been the reception so far for the tech used in this way?

Taylor: The reception is more than we could have wished for. We have successfully commercialized a rare earth element facility in Noblesville, Indiana. We’re the first domestic producers of isolated and pure rare earth elements in the United States and that is key to the electrification economy.

Moorman: In entrepreneurship, being right too early can often be the same thing as being wrong. But ReElement has really kind of hit its stride at the perfect time, given the supply chain issues with the pandemic and everything else. I think there are an awful lot of people in the industrial space that have become a whole lot more cognizant of their supply chains. Every time I walk into a meeting, I’m met with smiles all around. We’re allowing them to really take control of their supply chain and have a supply chain that orbits around them.

The process is also important for national defense, correct?

Moorman: It takes 935 pounds of rare earth elements to put an F35 in the air. It takes over 3,000 pounds of rare earth elements to put a nuclear-class submarine underwater. Our chief operating officer, Jeff Peterson, was the number two in command of the USS Norfolk. My brother was also on a nuclear submarine. So the governmental national security piece is something that is very near and dear to our hearts.

The U.S. is also in the process of moving battery manufacturing plants here. The process kind of loops into yours, right?

Taylor: That’s a really good point. The manufacturing of batteries is moving here. However, until us, there was no one domestically producing the elements to go into those assembly plants. We’re really trying to create that domestic circular supply chain and support positive environmental outcomes by taking end-of-life material and recycling it back into pure elements. This will create higher value jobs, not just assembly, but also actual element purification and higher chemistry type jobs here domestically.

Aside from the Purdue and Eli Lilly connections, what was it about Indiana that made the launch of this company possible?

Taylor: Indiana has really made some significant strides in fostering ecosystems and putting people together in the last 10-12 years. And frankly, it would be a lot tougher for us to start this anywhere but Indiana. Having partners like the Heritage Group and having partners in government who understand the need is extremely helpful. They see this as a path forward and they’ve been incredibly supportive, from the governor’s office to Senator Young’s office. Almost all of our new hires are Purdue graduates. We want Indiana to thrive. We want Indiana citizens to have that per capita GDP increase. And we want to put people to work in the industries of the future. So I would say that Indiana has been really great in that perspective.