At the forefront of that movement are many of the 39 Tribal Nations of Oklahoma, who are investing not only in aerospace companies but also educational and workforce development programs. 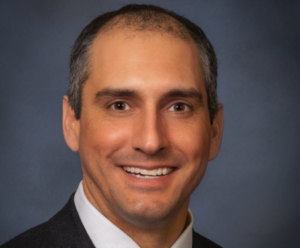 We spoke to Philip Busey, Jr., Executive Vice President of Oklahoma City-based Delaware Resource Group (DRG) and himself a Citizen of the Cherokee Nation, about how his family’s company, which focuses on government-sponsored flight simulator training and maintenance, is helping to grow the aerospace workforce and innovation in Oklahoma.

Can you describe some of the ways that your company is working with the Cherokee Nation to help build the aerospace workforce?

Busey: We’ve purchased and provided a simulator to a high school in Tahlequah for their students to get exposure and start learning about the industry on an actual training device. We do have the CASE program with the nation here later in July, and that’s a broad exposure to the industry in Oklahoma City. So you have students that come in from rural Oklahoma, and come stay in Oklahoma City for approximately a week. And we take them to have tours at Tinker Air Force Base, and then exposure to other industry leaders. And we’ve combined that with exposure to the Museum of Art so they kind of have a well-rounded experience.

[Editor’s Note: DRG is a privately held company and not owned by the Cherokee Nation. Busey emphasized that as a Citizen of the Cherokee Nation, he can give his impressions of efforts undertaken by it and other Tribal Nations in the state. However, he and DRG are not directly involved in making these decisions.]

Do you see the Citizens of the Tribal Nations playing an increasing role in the aerospace innovation in Oklahoma?

Busey: I think there’s potential within the industry. There’s been a big effort for a while to recruit people to come to Oklahoma, but that is a big undertaking and a big challenge. They have to do that because the skill sets aren’t here. They’re also seeing that we have a lot of great people who need jobs here in Oklahoma. People are starting to connect the dots of, well, if we can get people the resources that they need to learn, they can transition to this industry, we don’t have to go recruit.

Having that pipeline here locally, they’re more likely to stay here and work their whole career in Oklahoma. … The Tribes are really taking the lead within their own nation boundaries, and investing in the local schools, and doing not only what’s very beneficial for the citizens of their respective nations, but the residents who happen to reside within the sovereign jurisdictions of those nations. And I think that the Tribal Nations, they see the potential of these people, who are really hard working people.

We’ve also read that the Tribal Nations are making financial investments in the aerospace industry?

Busey: Nations like Cherokee Nation have a lot of businesses, and they are investing more into aerospace-related businesses through Cherokee Nation Businesses (CNB). The Chickasaws have a similar situation with Chickasaw Nation Industries. They’re either acquired or built from within, and that’s been around for a while. [Editor’s note: Of late, the Choctaw and Osage nations have also stepped up investment in aerospace.] The Tribes here in Oklahoma have been very fortunate to have smart leadership. And this dates back to 20 years ago, when there was a push to go beyond gaming and not have all their eggs in one basket. It’s good business for the tribal governments.

Are the Tribal Nations investing in other technology and innovation sectors?

Busey: From what I can see, yes. Over in Pryor, Oklahoma, there’s a Google facility. And Tulsa has really come a long way with their investments in tech companies that are based out of there. And the Tribes definitely have a part in that.

Do you see the aerospace workforce in Oklahoma keeping pace with DRG’s own plans for growth in the next 5 to 10 years?

Busey: I think there’s gonna be challenges. In the past we’ve had to set up work in Florida, because of software engineering talent that we just could not get here. Economically, it was much better to get it in Florida. We don’t want to have that situation.

Here in Oklahoma, if we had more people that are skilled in the industry, there would be more jobs. It’s definitely going to be better, you know, two, three years down the line. Higher ed is really adapting to these needs … OU and OSU have done their part, particularly over the last few years, to really morph and adapt. Then you have the other regional universities, like at Southwestern Oklahoma State University in Weatherford … It’s going to pay off later.