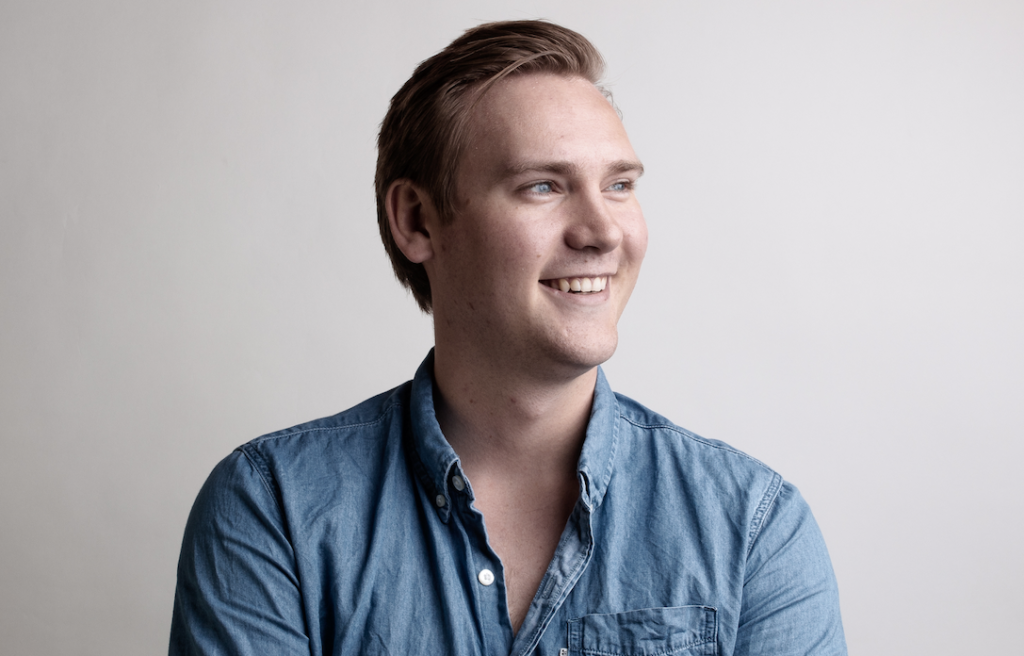 Respond Flow is a startup in Tulsa, Oklahoma that enables businesses to engage with their leads in timely texts. The company recently closed a $2.5 million funding round, which was led by Mercury Fund with support from Atento Capital, Cortado Ventures, Peter Gibbs and Augustin Ku.

Flyover Future spoke with Martin Lien, co-founder and CEO of Respond Flow, about the company’s product and how it came to be.

Tell us about how Respond Flow came to be.

Lien: I was born and raised in Norway, but I came here less than six years ago for college. I always say, ‘I came here for college, but I stayed for the startups.’ I was hired at a medical device startup in Oklahoma City called Martin Bionics. The CEO was one of my mentors through college. He recruited me by saying he wanted me to turn down an existing job offer I had in Denver, join his company and make half the pay. Somehow that awful pitch worked. But my time there were two of the most learning-intensive years of my life.

The company came across a problem: They had generated over 3,000 hyper-qualified leads using Facebook lead generation ads. However, the leads wouldn’t respond. After a month, the team could only accrue a conversion rate of 7-9%. We investigated and found that this was due to the fact that their target customers were screening their calls because of spam.

To help solve the problem, I turned to SMS. But with four of these calls per hour, there was a lot of human error. We needed to automate [the process]. It became apparent that every tool on the market was lacking the combination of three things: (1) a local 10-digit phone number to build trust; (2) the ability for the recipient to text and call back, and reach the correct sales rep; and (3) the automation capabilities to connect the tool to their sales process. So I decided to build it.

How does Respond Flow fix that issue?

Lien: Instead of sending email follow-up campaigns or cold-calling after generating a lead, I can put leads through a text message auto-responder with Respond Flow. That gives the team freedom to just focus on the patient at the other end of the line.

We were able to automate the first sales touch by sending our leads a hyper-personalized text message that included their name and the prosthetic they were requesting, as well as an introduction from the sales rep that handled that specific amputee lead. It let that lead know that we would call 30 minutes before the scheduled consultation. After implementing this one change, leads not only texted back but also called in, allowing Martin Bionics to leverage Respond Flow’s call forwarding feature that rerouted these inbound calls to the sales representatives’ phones.

We saw an immense conversion rate increase — by 233% from 7%. It was an aha! moment where I thought, ‘this is something.’

How did the company launch come about?

Lien: I was at the Newark Airport, on my way home for Christmas and had about 30 minutes before my flight left. I called one of the smartest guys I knew, Austin Graham, and asked him if it was possible to implement a tool like this. We basically decided that we needed to try it. We talked about how it would take us only four weeks to get it out. It took us about six months to get the first prototype out.

How was it received?

Lien: It kicked off with a storm. We started growing organically by 60% month over month, and hit profit two months in. That growth just kind of continued, which was incredible.

Lien: Absolutely. We are strongly against spam. Nothing ruins a customer relationship more than if they get a text from a company that they didn’t want to receive a text from. We have three security layers, where we make sure that the business has explicit permission from the customer.

What are the advantages of having a startup in Tulsa?

Lien: Tulsa is one of the most cost-effective cities in America. If we tried to do what we did in San Francisco, then I’m pretty sure we would have ended up on the streets in two months for the same fundraising amount we got in the beginning. There’s always been a lot of talent in Tulsa. We used to see a lot of high achievers move to the coast to get the coastal salaries. But now that’s kind of flipped. We’re seeing a lot applicants from Boston, from California and really from all over the place wanting to come to Tulsa.