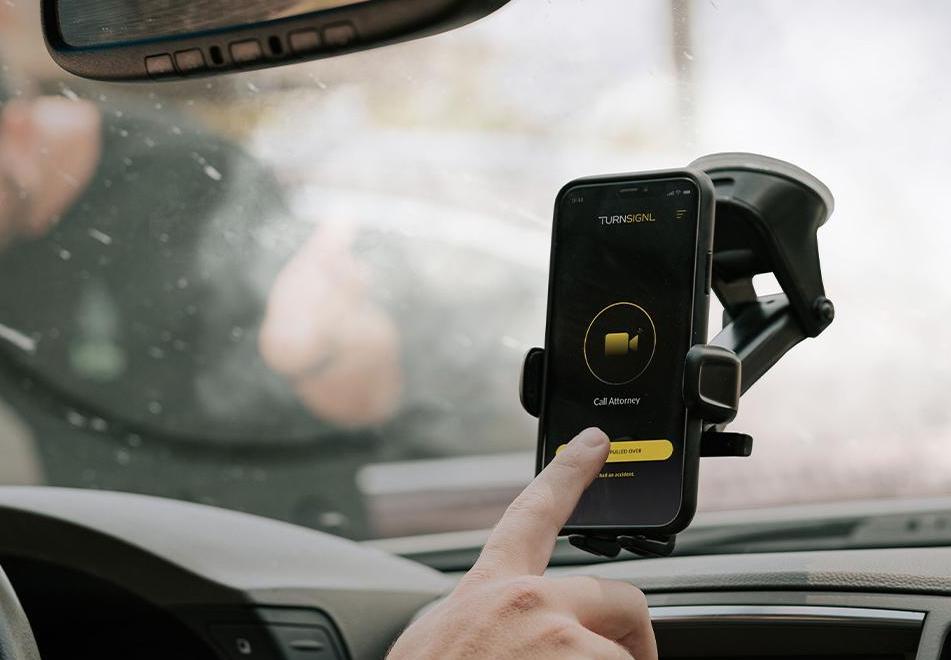 The TurnSignl app is intended to de-escalate situations when being pulled over by law enforcement.

Dismayed by news of people of color losing their lives at traffic stops, three friends in Minneapolis wanted to find a way to de-escalate such encounters and ensure the safety of all involved.

Black-owned, Minnesota-based TurnSignl is an on-demand, real-time service that provides 24/7 legal guidance from an attorney to drivers while their camera records the interaction. Last week, the founders were selected to be part of Google’s startup accelerator for Black founders. We had the opportunity to speak to Jazz Hampton, CEO and general counsel of TurnSignl, about the company.

Tell us about the genesis of TurnSignl.

Hampton: There are three co-founders working in the business today: myself, Andre Creighton, and Mychal Frelix. The three of us started having conversations back in 2016 when Philando Castile lost his life here in Minnesota. It was kind of the first landmark case that came out of Minnesota of a traffic stop going poorly. Andre went to J.J. Hill Montessori Magnet School where Philando worked at the time of his passing.

We started having conversations then, but we weren’t ready to build a product yet, nor did we even know what to do. And then George Floyd happens and we started having more conversations about what we could do to be a part of the solution. Andre has a background in accounting and has an MBA, Mychal has a marketing degree with his MBA. I have a computer science degree and I’m also a lawyer. So all of us had different skill sets that we knew could come together to build something good. So back in October of 2020, we all left our corporate jobs to start what is now TurnSignl, and we’ve been running ever since.

How does the platform work?

Hampton: Your phone is mounted on your dashboard or anywhere in front of you. If you’re driving and you’re pulled over, you can either set up voice activation or you can press one button and your phone will start recording with the front-facing camera. It sees you and the officer during that interaction and at the same time that video calls an attorney to be on the phone with you, having a conversation with you, and seeing what is happening in the vehicle. as well. And they’re available 24/7/365. The mission is simple. To protect rights, to de-escalate the interaction, and, third and most importantly, is to ensure that everyone involved returns home safely.

So you have a group of lawyers already signed up for participation?

Hampton: Yes, we have attorneys on the platform who are available to answer calls for folks when they need them. And when you press the button, you only connect to an attorney that practices law in the state in which you’re driving. That’s why we aren’t in all 50 states yet–we’re waiting to get attorneys in the states where we’re activating. So that’s kind of the only thing holding us up right now is ensuring that when you press that button, someone that practices law in that state is going to be there to help you out.

What other considerations do you take when rolling out in a new state?

Hampton: We always say that one of the biggest things that we have to do before we enter jurisdiction is raise awareness with law enforcement. We’re not an anti-police app. In fact, we say that we’re an app to bridge the gap. We usually try to reach out to chiefs of police and then have them disseminate the information to their groups.

Has law enforcement been receptive?

Hampton: I haven’t heard one negative thing from officers yet. And before we even launched in Minnesota before the product was developed, we met with over 20 police officers in the state of Minnesota alone, to really say hey, you know, this other platform works, what can we do to make it better? What can we do to ensure that you are not being frustrated by the product? We learned a lot of things from those informational interviews that went into building the product, so we appreciate them for doing that.

You applied and were accepted into the Google accelerator. Tell us about that.

Hampton: We’re really excited. They provide mentoring and direct coaching with our executive team. They provide product and marketing strategy. And then of course, they have a whole suite of products that can be implemented within ours, as well. Having some of those Google products is going to bolster the offering we have today and what it looks like in the future, as well. The accelerator includes leadership lunches with individuals and VC roundtables where you can learn how to speak to VC groups.

How was it starting a business in Minneapolis?

Hampton: Minneapolis was just listed as the second best city to begin startups. We have an incredible ecosystem of startups, incubators, accelerator programs, and non-dilutive programs that are helping out without taking funds or equity. We also have really great investment groups here in Minnesota. My partners and I were part of a startup accelerator here in Minnesota, it’s called BETA.MN, that helped us understand what it was like to get it into the market. Then we have Groove Capital. If you’re starting something, they’re gonna write that first check for you, to help you build what you need to build. The vast majority of the funds we raised in our first round were from people in Minnesota.

What does this mission mean for you personally?

Hampton: You know, I’ve been a lawyer for the last six years. I started as a public defender when I was in law school and I was practicing civil litigation. I was defending Fortune 500 companies when they were being sued. I was also an adjunct professor of law. It was a good use of my degree, but nothing is more fulfilling than what I’m doing right now. I don’t feel my purpose being lived out better than I do right now. I appreciate being happy about going to work every day. And if we’re saving lives or ensuring people’s rights are protected or just de-escalating interactions, that’s the cherry on top.