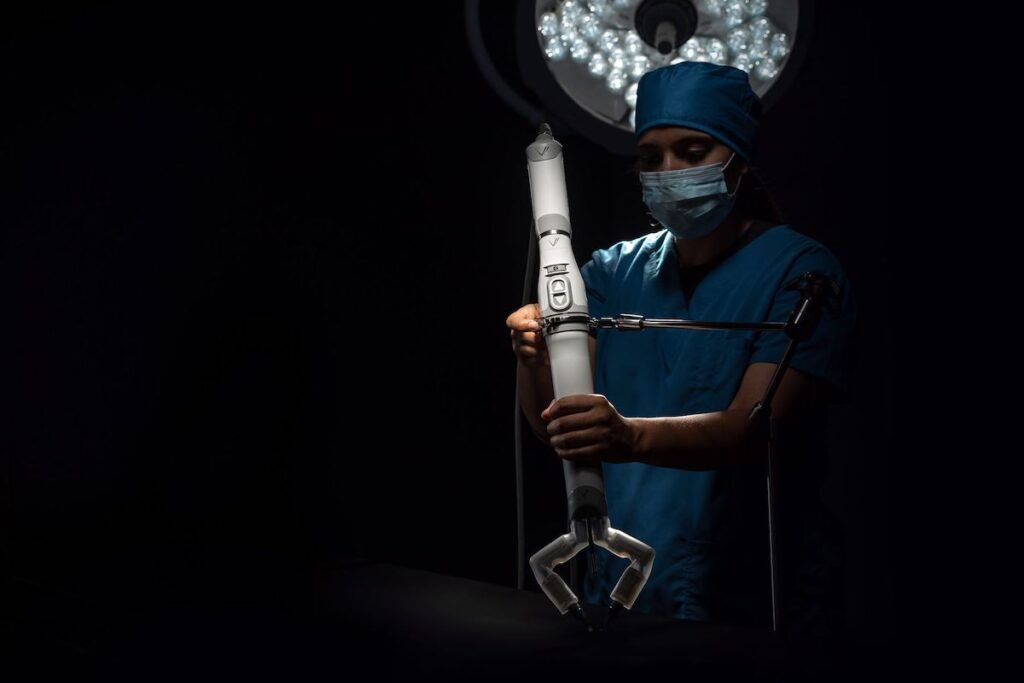 Lincoln, Nebraska’s Virtual Incision, a spinout from the University of Nebraska Medical Center, is on a mission to simplify robotic surgery by developing the first miniaturized robotic assisted surgery platform called MIRA. MIRA can operate as a standalone platform and was designed to be easily moved and set up, making surgical processes more convenient and efficient.

Virtual Incision was co-founded by its CTO, Shane Farritor PhD, MS, and Dmitry Oleynikov MD, who have been working together for a while to make little robots that go inside the body to perform surgery.

MIRA is currently in the final stages of its U.S. clinical trial and will be simulating surgical tasks on the International Space Station. Flyover Future spoke to Farritor about the company and the tech behind it.

Were you developing this technology specifically for NASA?

Farritor: It’s a little bit of everything. My background is in Mars rovers. My Master’s and PhD were written about path planning for autonomous navigation on another planet. I’ve worked at three different NASA centers since 1989, so I was always kind of a space guy. When we started making these small robots that go inside the body, both the U.S. Army and NASA got interested and have sponsored us in various ways over the years. Both of those institutions are interested in doing surgery in “wacky” places. The Army, of course, wants to work in forbidden environments and provide care for injuries as close to the battlefield as you can get. And NASA looks to go further and longer in space.

What surgical area is MIRA concentrating on?

Farritor: We do abdominal procedures. So it’s really kind of general surgery. And actually, our first indication in our clinical trial is colon resection. If people get colon cancer or diverticular disease and they need a portion of their colon removed, that’s the procedure we assist with.

Farritor: it’s always controlled by a surgeon. It doesn’t really do anything by itself. The surgeon uses a fancy game controller interface kind of thing, where they actually control the motions of the robot. That’s the mode we hope to implement on the space station–have the robot on the space station and then have a surgeon on the ground control it.

How did you and Dr. Oleynikov join forces?

They hired my co founder, Dmitry, because he had done a fellowship that included robotic surgery. He’s a very early adopter of that technology. He and I got together quickly and said, these other approaches to robotic surgery have some limitations. We should make little robots that go inside of the body rather than big robots on the outside. We got there really quickly. And we started to see good things.

What resources did the city of Lincoln offer you in your company’s journey?

Farritor: The University of Nebraska has been a terrific partner. They’ve supported us in a lot of ways, from licensing the technology to just supporting us where they can. They helped us with things like flexibility and appointments and all that. Our offices right now are positioned in the Nebraska Innovation Campus that is being developed by the University to help with technology transfer. We’ve benefited from a lot of resources on Nebraska Innovation Campus.

What does the future hold for Virtual Incision?

Farritor: We’re very focused on successful completion of our clinical trial and providing a good application for approval to the FDA. So it’s a little hard to talk beyond those sort of short-term, significant milestones. But the long-term vision is to do many, many procedures across the U.S.