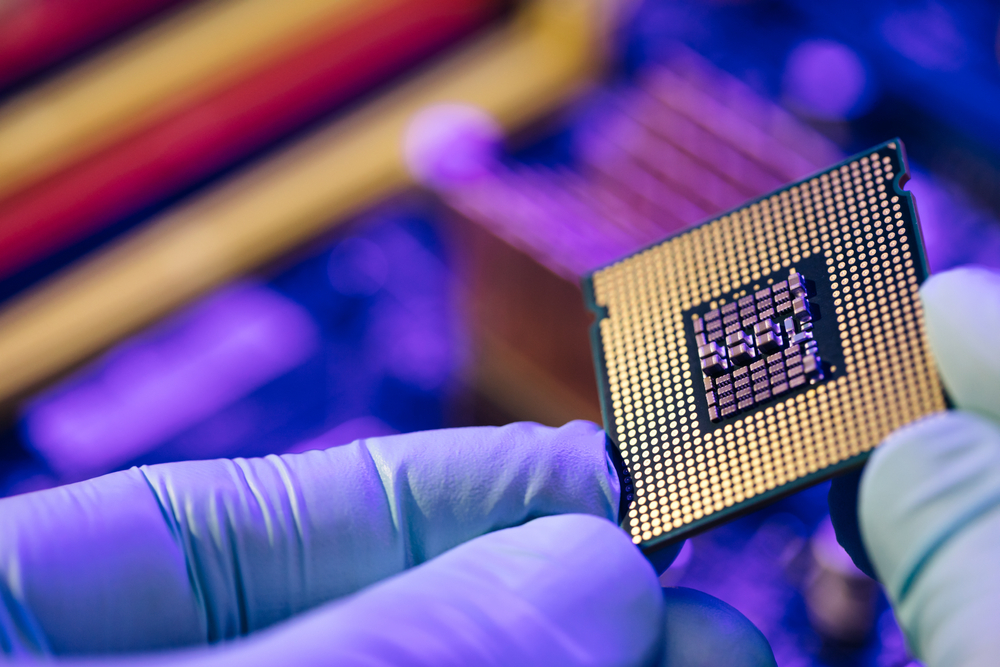 Image by mpohodzhay for Shutterstock

Semiconductor chip shortages shut down automotive production lines in 2021. Then some high-tech and consumer-electronics companies began to experience chip shortages and the attention just intensified.

Currently, 90 percent of chip manufacturing capacity is overseas, but the Chips and Science Act (CHIPS bill), which President Biden signed into law last week, aims to increase investments in domestic manufacturing and rejuvenate the semiconductor industry, once dominated by the U.S. Flyover Country’s dominance in manufacturing and supply chains, making it ripe for the growth of semiconductor plants. The CHIPS Act is intended to shore up America’s chip industry against China’s accelerated development of its own semiconductor capabilities, and to shift global production away from China’s shores.

The bill provides tax breaks for chipmakers and billions of dollars more for research. The legislation is expected to create jobs and lead to lower prices of goods that use semiconductors—everything from cars to toothbrushes.

Ohio in particular looks to gain greatly from the bill, having already gotten a $20 billion investment from Intel earlier this year to build a semiconductor plant. Senator Sherrod Brown (D-OH), who was instrumental in getting the legislation through the Senate, was quoted on his government website:

“By investing in Ohio’s manufacturing, research and higher education, the CHIPS Act will restore critical supply chains, help lower costs for Ohioans, and create thousands of good-paying jobs,” said Brown. “This is a first step toward ending decades of corporate offshoring of our supply chains that cost Ohio jobs and now is costing everyone by causing inflation. We are putting another nail in the coffin for the term ‘Rust Belt’ – and we’re just getting started.”

The bill’s passage could set up the Triangle district in North Carolina to win another major economic development project. In June, state lawmakers in North Carolina earmarked more than $100 million in incentives for an unidentified semiconductor manufacturer to build a facility at a megasite in Chatham County. The project is required to have an investment of at least $4.8 billion and to create at least 1,800 jobs, according to the bill. Chatham County has some major assets for economic development in its two megasites, Triangle Innovation Point (TIP) and the Chatham-Siler City Advanced Manufacturing Site.

Earlier this year, Vietnamese electric vehicle company VinFast announced that it was bringing its first U.S. manufacturing facility to TIP. The project represents the first automotive plant for North Carolina, and also the largest economic development project in the state’s history. Deals like that, along with state tax incentives, could lead to growth of the chip industry in the region.

Today, Michigan is leading in semiconductor research and development, thanks to companies like KLA, and the Lurie Nanofabrication Facility. The University of Michigan is bringing industry and students together to evolve how microchips are made. Michigan has also launched the semiconductor apprenticeship network program to meet industry demand and talent in this critical field.

Michigan Governor Gretchen Whitmer, who introduced President Biden at the bill-signing press conference, said that Michigan is well positioned to attract new investment in semiconductor chips manufacturing after the passage of the bill.

“When we hear chips, we tend to think about cars. And while the benefit to the mighty auto industry is clear, chips have widespread impact. They’re the beating heart of countless devices and machines that we use every single day. This bill will mean humming factories and lower costs on electronics, medical devices, farm equipment, and cars for working families,” she said.

Stay tuned! Flyover Future will keep you updated on all semiconductor news that comes now that the CHIPs bill has passed.