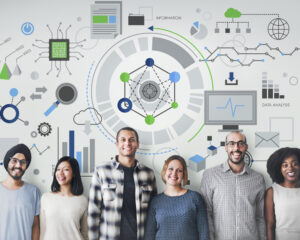 Image by Rawpixel.com for Shutterstock

It goes without saying that big tech projects require a lot of technical know-how. But as one IT leader learned during a flawed system rollout at his company, it also requires communication skills, time, and a whole lot of political savvy.

Steve Brown became the vice president of information technology at ECMD, a building materials supply chain company based in North Carolina, shortly after he helped lead the team out of a bad enterprise resource planning (ERP) implementation. We spoke with Brown about how it all worked out and eventually benefited the company.

Was your company unprepared for the project?

Brown: 21 years ago, we were not experienced as a company doing big technical projects. Our ERP partner was a major problem. We were assigned kids straight out of college. Worse yet, it was the first project for the project manager.

Our executives weren’t prepared for an ERP project. The ERP partner resources on the project didn’t have the gravitas to properly set executive expectations, nor were they capable of planning, testing, and execution of the project. There was insufficient documentation of business process and technical detail.

So this is when you came in to warn the execs?

Brown: Yes. We told them we simply weren’t ready. When we did go live (our CEO called it Go Dead), I jumped in, and everyone else in the company jumped in. Basically the whole management team was in the office for a month, working 18-hour days. All in all, it took us about three months to get things stable after go live/go dead.

Were there ‘political’ problems as well?

Brown: When you deal with people, you’re going to have politics. The VP of IT at the time wasn’t a political animal. He was intimidated by the various relationships. After all was said and done, the company replaced my boss with me. I eventually reported directly to the CEO. Together, the CFO, COO, and the CEO formed the ultimate decision-making team. I treated them all as my bosses. Essentially, a broken ERP led the way for IT to have a valued seat at the table going forward.

How would you describe your political style in the workplace?

Are you talking about the ability to empathize?

Brown: You’ve got to have some empathy. You must have some desire to serve people while  trying to understand why they think the way they do. If you do that, then you gain some degree of empathy. Someone may be unpleasant or seemingly difficult. However, if I can understand how that person is motivated, then it’s easier for me to deal with them and to communicate on their level.

This is something you learn over a matter of years. I was lucky in that I was with the company for 25 years, and an executive for 20 years. It’s not as easy with companies with a lot of turnover. For example, I think the average tenure of a CIO is now something like four years. That just blows my mind. I always felt like it took me a couple of years to get up to speed with things, and then another year or two to learn what’s happening with people. If the average tenure is four years, then you’re barely getting started.

There’s power in that continuity.

Brown: Yes. There’s a satisfaction in knowing that you’re operating at full speed. You want to leave the company better than when you found it, so to speak. I’m currently transitioning into retirement. If I’ve done a good job, then I’ll have good and capable people placed where they should be; thankfully, I believe that to strongly be the case. The company will always be changing. Therefore, I’m laying the groundwork for my successor to be able to get us to where we need to be in the future.

Sure, that ERP project took a while and we struggled. However, we ended up with a solid foundation that we proceeded to build upon for 20 more years, therein creating a set of business systems that are the class of our industry.  Moreover, ECMD is a mature, powerful company on the verge of incredible growth.

We just finished a major ERP upgrade that was wildly successful.  Future projects and technical upgrades will go even more smoothly. I think things are working out wonderfully; I like to think that I’m leaving my team in a better place.