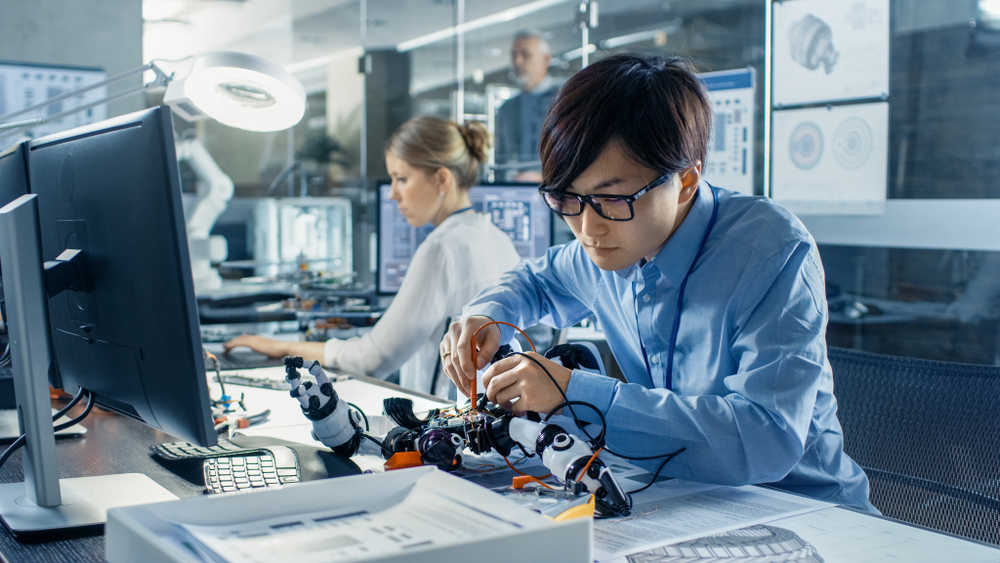 Image by Gorodenkoff [https://www.shutterstock.com/g/gorodenkoff] for Shutterstock

Flyover Country is filled with universities that prioritize research and development. But moving research from a lab to the market is a complex process. To address that problem, research universities are implementing programs to tap the commercial potential of their research—called tech transfer. Flyover Future will be highlighting the fascinating research coming out of Flyover universities and the programs that are purposefully trying to close the gap between research and entrepreneurship.

WEST LAFAYETTE, IN–A team led by a Purdue University professor has developed a cooling system that could ultimately allow electric vehicle users to charge their cars within five minutes. NASA is funding the research of the “subcooled flow boiling” technology for experimentation, with the hope that it can control future systems’ temperatures in space.

COLUMBUS, OH–ZeoVation, an applied materials spinout from The Ohio State University, has patented a manufacturing process that efficiently produces unique synthetic nano-materials called nanozeolites. (To save you some Googling, regular zeolites act like a sieve and “trap” some molecules and release others in their place. Common applications for zeolites are in water softeners and filters, as catalysts for the manufacture of gasoline, as phosphate replacements in detergents, or to trap odor molecules in kitty litter.) Now the company, in Rev1Venture’s portfolio, is attracting the battery industry.

GREENSBORO, NC–North Carolina Agricultural and Technical State University will participate in two major projects to reduce greenhouse gasses and improve climate-resilient agriculture production as part of the U.S. Department of Agriculture’s major new Partnerships for Climate-Smart Commodities. NC A&T will work with organic and conventional vegetable growers in North Carolina and four other Southern states to reduce carbon emissions and increase carbon sequestration in the soil.

WAVERLY, TN– Alfred Kalyanapu, an engineering professor at Tennessee Technological University, is building tech that detects floods in rural areas that don’t have “eyes on the ground.” Kalyanapu’s team built ultrasonic devices that sit vertically above a body of water, send soundwaves down at a 42 kilohertz frequency, and record how long it takes for the echo of the sound to reflect back. This provides an accurate measurement that can be recorded in 15-minute intervals. If the data points start rising, it indicates a flood.

The University of Michigan’s focus on entrepreneurship

ANN ARBOR, MI–The University of Michigan is the top public university in the United States and one of the best higher education institutions in the world, according to the QS World University Rankings 2023 edition released June 8. But it doesn’t stop at research: According to the latest rankings from the Association of University Technology Managers, U-M ranks in the top five universities nationally for startup company formation, creation of new invention disclosures, and execution of commercialization agreements with the private sector. This article from Forbes delves into the University of Michigan’s calculated focus on entrepreneurship and startup creation.

LINCOLN, NE–The University of Nebraska-Lincoln (NU) is another school that is actively focusing on the process for advancing from the research lab to the commercialization track. NU, which is among the top universities around the world for patents granted by the U.S. Patent and Trademark Office, is getting purposeful at identifying research that could make a splash and be licensed by private companies for further development. NUtech Ventures, serving the Lincoln and Kearney campuses of NU, protects and licenses the university’s intellectual property and promotes entrepreneurship through programming and sponsored events.