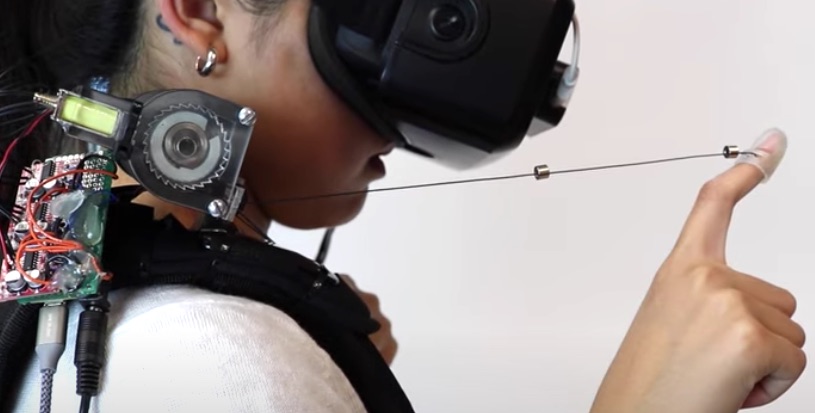 Virtual reality applications are stunning to see. The technology can trick you into thinking you’re in another world or render fantastic environments in great detail. But the impact could be so much greater if you could not only see but touch the virtual world around you.

Student researchers at Carnegie Mellon University are trying to eliminate that limitation by letting users feel their way through the landscape and touch objects around them. A baseball player could feel the bat or a shopper could feel the fabric at a virtual furniture store. The key to this magic is wires. Lead student researcher Cathy Fang and her team developed a wire string mechanism that ties to the fingers and operates strings built into a mechanism similar to that in a retractable keychain or lanyard. The mechanism provides haptic resistance that simulates touch.

The students dubbed the device “Wireality” and believe it could be mass-produced for $35. The Association for Computing Machinery published the team’s research paper as part of the Conference on Human Factors in Computing Systems. Check out a video demonstration of the technology here.