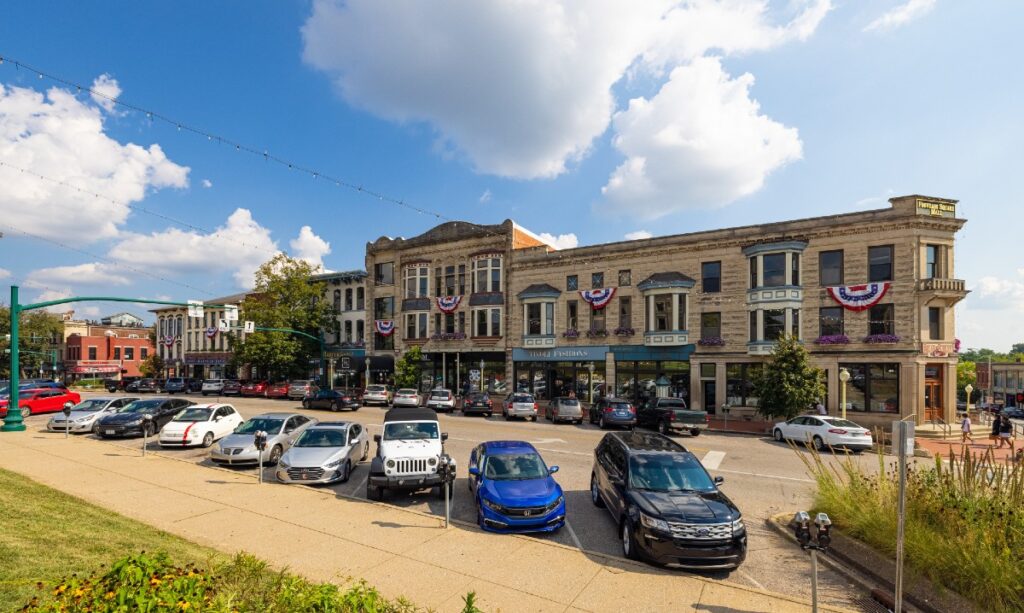 Bloomington, Indiana, might be an adorable small town with a world-class university and a rollicking party scene, but it’s more than that – it’s also a technology hub of some renown.

In the 2021 TechPoint Mira Awards, Bloomington earned the Rising Tech City Award because of its bold moves during the COVID-19 pandemic in 2020. “While economies were contracting worldwide due to the pandemic, and most municipalities were focused solely on fortifying what they could to prevent losses, Bloomington’s economic development partners were fearlessly investing in tech community building and attracting funding sources for driving new economic activity.”

“The steps Bloomington began taking in 2005 by establishing its Trades District Certified Tech Park hit a tipping point in 2020 during the nation’s moment of economic crisis,” said Mike Langellier, then president and CEO of TechPoint. “Instead of shrinking away from new projects, Bloomington’s tech partners rededicated themselves to the South Central Indiana region and its established initiatives, launched critically important new ones, and worked to support the businesses that make it such an exciting time for tech in Bloomington.”

The Trades District is on 12 acres of the Bloomington Certified Technology Park, which is on 65 acres in downtown Bloomington and is home to several high-tech businesses. The park has the ability to capture the incremental growth of payroll and sales taxes generated within the Park, with a total available amount of $5 million. The funds collected by the city will be used for economic development purposes within the Park, including public facilities, laboratory facilities, research and development facilities, and support of the business incubator.

The Mill in Bloomington is a startup and coworking space in Bloomington that calls itself a center for entrepreneurship. It’s now the home to hundreds of members and dozens of companies, including innovators creating startups and small businesses as well as independent freelancers, creatives and remote workers. A couple of Mill companies have brought in millions in funding, including MetroStar, which was recently awarded a $155 million contract, and SecondSight, which recently raised $3 million. Mill-affiliated startups comprised 25% of pitches at Venture Club of Indiana’s Innovation Showcase.

At Flyover, we’ve covered some recent innovation coming out of Bloomington. Researchers at Indiana University have created a virtual reality technology that they hope can help people with substance abuse disorder with realistic avatars that look like the participants. The goal is to show those who are in recovery what their future could look like.

Other IU researchers are working on two new cybersecurity projects, recently funded by the National Science Foundation, to ensure trustworthy cloud computing and increase computing privacy for marginalized and vulnerable populations.These research projects are part of the NSF’s Secure and Trustworthy Cyberspace program, which seeks ambitious and potentially transformative center-scale projects in the areas of cybersecurity and privacy.

IU is not stopping the forward movement in research. Researchers are using artificial intelligence and machine learning to help small and mid-sized Indiana manufacturers lower their carbon footprints and train students for careers in the emerging field of energy analytics. Faculty in the IU Luddy School of Informatics, Computing and Engineering at IU Bloomington and the School of Engineering and Technology at IUPUI will develop advanced manufacturing data models and analytics applications that will recommend processes and protocols to manufacturing companies so they can reduce their energy consumption.

Whether it’s from the hallowed halls of IU or city tech incubators, there seems to be no end to the innovation coming out of Bloomington. Stay tuned for more acceleration from Southwest Indiana.