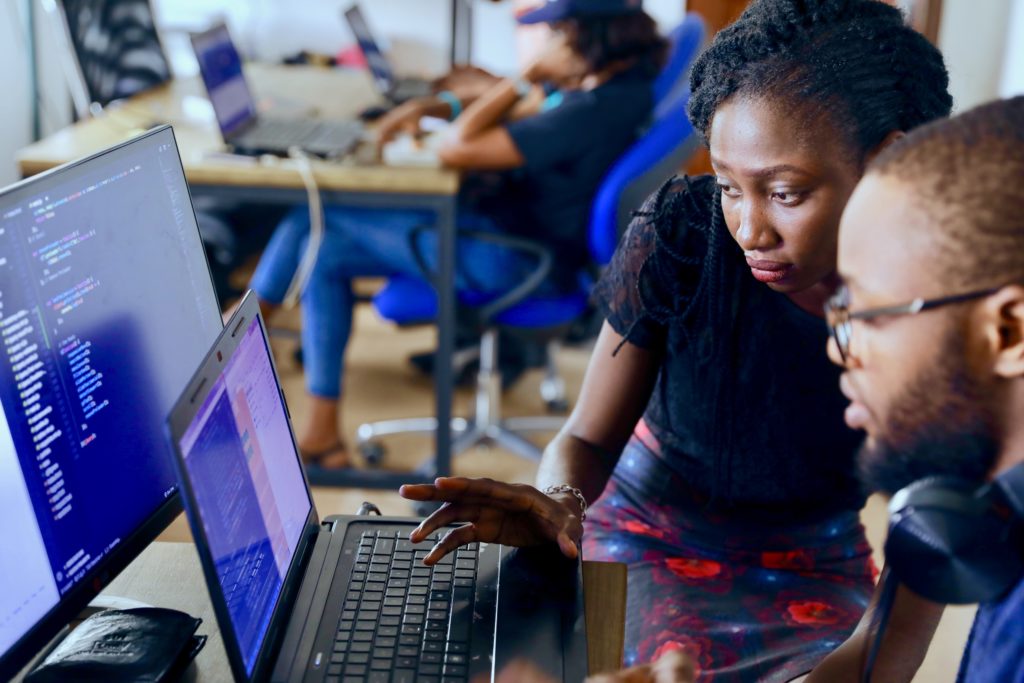 Instead of recruiting for top-tier talent at Stanford, MIT, and other prestigious institutions, Interapt opted to develop talent in its own backyard. It has decided to “upskill” by piloting scholarship-based training programs to underserved members of its community.

Its goal is “to provide upward economic mobility to those traditionally marginalized by society” by focusing on communities in need of economic development by training overlooked individuals and transitioning soldiers.

In the last training program, students attended class full-time (eight hours per day, for 12 weeks straight). To train the workers, Interapt worked with General Assembly, a national company referred to by its CEO Jake Schwartz as “The solution to the global skills gap.”

The instructors teach foundational programming languages, principles, and frameworks. (Side note: General Assembly is also working with Microsoft to close the skills gaps in the growing field of artificial intelligence.)

At the conclusion of the Interapt program, students enter a registered Apprenticeship Program that has been approved by the Department of Labor. Individuals are placed in year-long engagements with Interapt or other partner companies.

In its very first run, Interapt’s program graduated 35 people. Of the 35 graduates, 25 were given job offers by Interapt, and 10 were hired by other tech companies in the area.

You can see some more success stories from the program in this article from the New York Times.