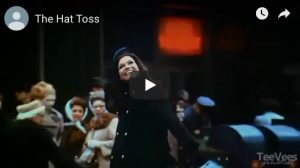 Yes, it’s the city from which the late, great Prince hailed. And

at the corner of 7th street and Nicollet Mall is where Mary Tyler Moore threw her beret in the air in one of the most iconic sitcom openings ever.

But Minneapolis is also cool for other reasons. It has one of the largest economies in the Midwest, but that isn’t the only thing it has going for it as a startup hub. Ranked one of the 10 best US metro areas for innovation, Minneapolis boasts great opportunities for venture capital, mentorship, and other essential startup tools. The city also plays host to the largest statewide startup competition in the country: The Minnesota Cup.

Then there’s the Minneapolis Foundation, which administers grants to nonprofits and other organizations looking to improve the city and foster civic engagement. If your startup dreams are tied to social justice and making an impact, you may be able to find funding here.

Who is innovating in Minneapolis?

Minneapolis and St. Paul (known as the Twin Cities) are the home of 18 Fortune 500 companies, including Target, Best Buy, Xcel Energy, Land O’ Lakes, and General Mills. The Minneapolis suburb of Wayzata, which is the home of Cargill, is the top ranked company on the Fortune Private 500.

There’s no shortage of major corporations making their home in Minneapolis and the surrounding areas, but startups are one of its specialties. There are accelerators like gener8tor, incubators such as those launched by the University of Minnesota, and mentoring opportunities.

Tech may be at the core of many an innovative startup in Minneapolis, but there are a few sectors performing better than the rest. According to Brett Brohl, managing director or Techstars Farm-To-Fork accelerator, innovation in and around food is a big part of Minneapolis’ startup scene.

“Minnesota has historically been known for food and agriculture. There is now an amazing amount of food innovation in the city. Anchor organizations include Techstars Farm to Fork, which is working in partnership with Cargill and Ecolab; Grow North, an amazing land grant university; and five of the world’s 30 largest food and ag companies,” Brohl said in an article for VentureBeat.

Brohl also mentioned healthcare as a major innovation sector in Minneapolis, as well as the B2B arena. Several of the area’s incubators are partnered with locally based companies like Target to build business tools. Those with B2B dreams are sure to find plenty of work in Minneapolis.

Life shouldn’t be all work, and if you’re considering a move to Minneapolis you’ll find there’s no shortage of culture in the Twin Cities.

Film buffs can get tickets for the Minneapolis St. Paul International Film Festival, an annual event for the past 37 years. There are also some big music festivals in the summer, like Rock the Garden and the Basilica Block Party, along with the experimental art show Northern Spark and a variety of art fairs.

Theaters, museums, and events: Minneapolis has them all in quantity. Check out the Minneapolis Arts & Culture page to see the whole lot of them.

Minneapolis has been recognized as having a great local food scene. Its restaurants have been featured in Food and Wine magazine, as have multiple cocktail bars located in the city.

Minneapolis is regarded as having one of the best parks systems in the country. You’re never more than six blocks from a park in Minneapolis, so don’t hesitate to schedule some relaxing outdoors time on the weekend.

Minneapolis by the numbers