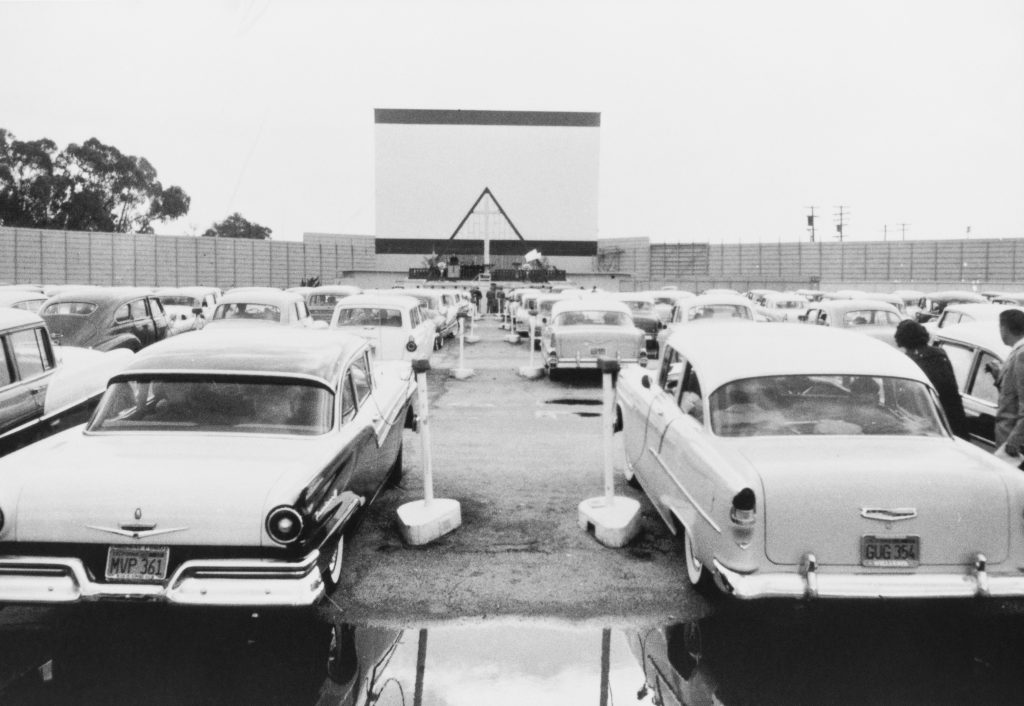 One advantage Flyover Country has over our coastal brethren is the availability of land. And what better use for that land than the cherished drive-in?

So of course, FOC is leading the resurgence with Drive-in 3.0

On June 6, 1933, car parts salesman and movie fan Richard Hollingshead opened America’s first drive-in, called Automobile Movie Theater, in Camden, NJ. The name just sings, doesn’t it? But to be fair, “automobile” was probably the SEO keyword of its day. Besides, his slogan definitely got the value prop across: “The whole family is welcome, regardless of how noisy the children are.”

In 1950, Hollingshead’s patent was overturned, opening the door to a deluge of new theaters across the country. The next two decades saw their number grow to more than 4,000 before tailing off (and then declining) as Daylight Saving Time reared its ugly head, VHS and color TV arrived, and urban sprawl jacked up land prices, making it more profitable for theater owners to sell to developers than thread up the reels.

Drive-ins began to wink out. The movie industry’s switch from film to digital sank even more of them, especially those in smaller communities, because the cost of digital projectors was out of reach.

So why is this still a thing?

Even though the number of drive-ins in the US has dropped to around 325, Americans are still embracing the concept. In fact, there’s been something of a resurgence, with new drive-ins springing up and shuttered ones being restored and revived.

Thriving drive-ins have gotten creative, too. It’s not just about the screenings these days. Here are some of the features that drive-ins have parlayed into business success:

And because the magic of the drive-in is a natural fit for small-town America, many theaters are situated in the heartland. For instance:

We’re watching this phenomenon and we’ll let you know about its progress.