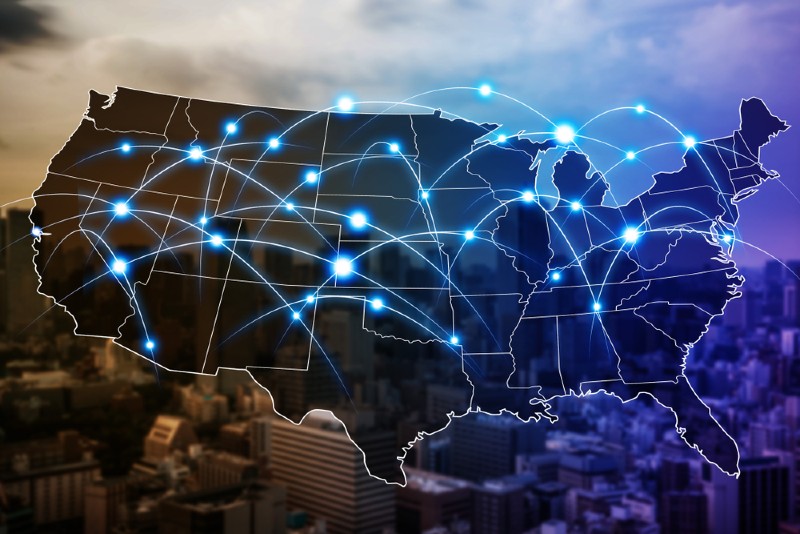 Is your state one of the best for business? How about tech businesses? CNBC released its 2022 America’s Top States for Business, and many midwestern states are on the list, though the flyover states scored better in some categories than others.

The top on the list is North Carolina, ranking no. 1 in economy, 2 in access to capital, and 5 in technology and innovation. Also in the top 10 were Virginia (4), Tennessee (6), Nebraska (7), Utah (8), and Minnesota (9). And in the top 20 are Iowa, Indiana, Ohio, Michigan, Pennsylvania and Illinois.

When you sort the list for technology and innovation, the top four are the expected leads: California, Washington, New York and Texas. But flyovers start to show up at no. 5 with North Carolina, then Minnesota (6), Pennsylvania (7), Illinois (8), and Colorado (9). Also in the top 20 were Ohio, Michigan, Virginia, Iowa, Wisconsin and Missouri.

The top state for workforce is Colorado; Indiana was tops in infrastructure; Missouri topped the list in the cost of doing business; North Carolina was no. 1 in economy. Iowa, Minnesota and Nebraska were the only flyovers in the top 10 for life, health and inclusion. North Dakota topped the list for business friendliness. The only flyover states in the top 10 for education were Virginia (2) and Illinois (6). Flyovers did better in the access to capital category: North Carolina (2), Virginia (6), Illinois (8) and Pennsylvania (9). Flyover states really excel in cost of living: Kansas (2), Tennessee (5), Missouri (6), Iowa (7), West Virginia (8), Indiana (9) and Arkansas (10). The rest of the top 20 includes Iowa, Michigan, Oklahoma, Kentucky, Nebraska and Illinois.

CNBC ranked the states by scoring them on 88 metrics in 10 categories of competitiveness. They were weighted based on how often states used them as selling points.

If CNBC’s list is a good indicator, the flyover states are competing well with the coasts, which we at Flyover Future already knew.