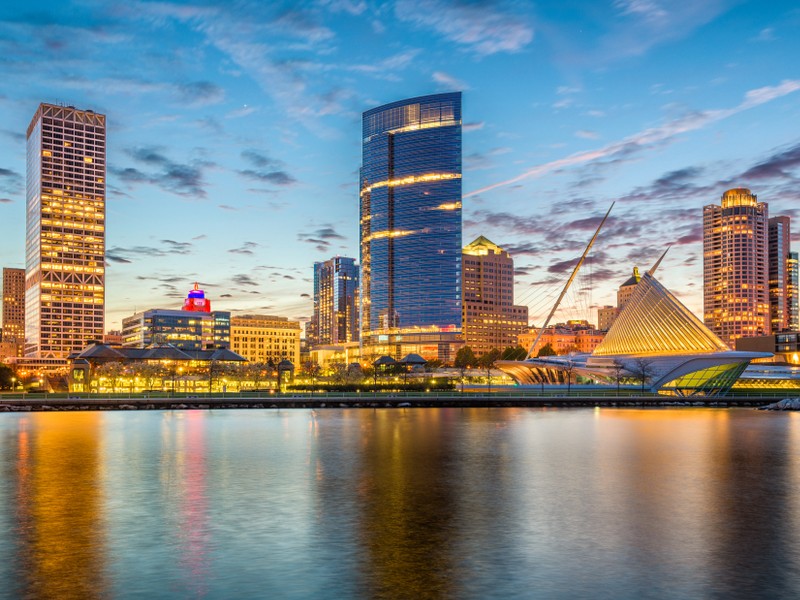 To most Americans, Milwaukee is known for beer, baseball and 1970s sitcoms in which the characters have New York accents (“Schlemiel! Schlimazel! …”). But it’s now becoming known for tech innovation. So, we took a virtual visit to Brew City to see what’s flowing.

Milwaukee is becoming known as the Water Technology Capital of the U.S., according to a May article in Technical.ly. Breweries originally came to Wisconsin because of the water (Lake Michigan), rivers (Menomonee, Milwaukee and Kinnickinnic), grain and farms. The Water Council in Milwaukee was created in 2009 to connect innovators with businesses and organizations to help them create water tech solutions. The Council is based in the Global Water Center, along with other water organizations, and is hosting a  Water Leaders Summit in October.

The water-centric city touts many new technologies happening around the area. The city is partnering with the owner of Reed Street Yards to redevelop the property’s 17 acres into a research and technology park focused on the water industry. It will be a “showcase of water technologies and practices, including a purple pipe for development-wide water recycling and bioswales, and permeable paving for capturing stormwater runoff.” Nonprofits are getting involved with ventures such as the Urban Ecology Center, StormGUARDen and Rainshed.

In December, Marquette University in Milwaukee announced it got a $3.8 million grant from the U.S. Department of Defense for an interdisciplinary program, “Novel Technologies to Mitigate Water Contamination for Resilient Infrastructure,” to develop novel, sustainable technologies to protect the environment and to provide clean drinking water.

“This award demonstrates the breadth and depth of water group expertise at Marquette,” said Dr. Jeanne Hossenlopp, vice president for research and innovation. “It serves as a reminder that our faculty does significant environmental-related research on a major scale.”

Wisconsin Inno has reported that as of December, Milwaukee had 147 startups that had received venture capital. And 140 of them were generating revenue, making Milwaukee an excellent location for startups. It might be the city that helps end the world’s water crisis – as well as continue to make great beer.