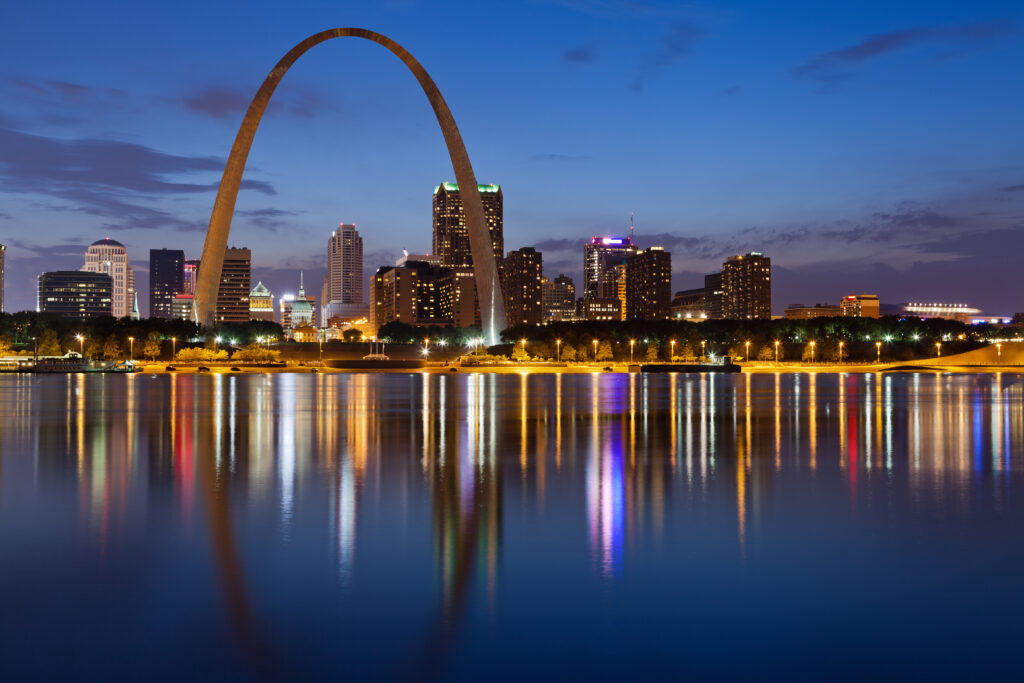 Photo by Rudy Balasko for Shutterstock

For much of the last 20 years, tech startup success was often tied to Silicon Valley. With the pandemic, however, came a geographic equalizer, making the location of a company’s headquarters matter less. Now metro areas in the heart of the U.S. are positioning themselves to become the next major tech hubs. Last week, we talked about Ann Arbor. This week, we look at St. Louis as a player in this new competitive landscape.

St. Louis is home to the Cortex Innovation District, a 200-acre hub for technology and biological science research, development, and commercialization. It is also a main location for the city’s technology startup companies. As a stamp of its approval of the city’s potential, Microsoft opened a $50 million technology center in Cortex in 2018.

The amount of venture capital that has poured into local startups in St. Louis has ballooned in recent years, climbing 303% from $173.4 million in 2014 to $699 million last year. It helps that the city is home to quite a few venture funding firms, including Lewis & Clark Ventures, Cultivation Capital, Capital for Business, Inc., Thompson Street Capital Partners, and iSelect Fund.

The industries that are burgeoning in St. Louis include:

According to the U.S. Department of Agriculture, about 77% of all U.S. corn acres and 81% of all U.S. soybean acres are within 500 miles of St. Louis. It’s no surprise that the city is home to world leaders like plant genomics company Bayer, but also a host of new, innovative companies like Benson Hill (which has raised over $500 million to date), Cofactor Genomics, and NewLeaf Symbiotics.

St. Louis is becoming a geospatial powerhouse. The National Geospatial-Intelligence Agency is building its second venue outside of Washington D.C. in St. Louis, with a massive $3 billion investment. The final piece of structural steel was put in place in March 2022 on the 700,000-square-foot operations building.

The St. Louis region is uniquely positioned as a hub for cyber security because of the National Geospatial-Intelligence Agency and the location of Scott Air Force Base in the Metro East.