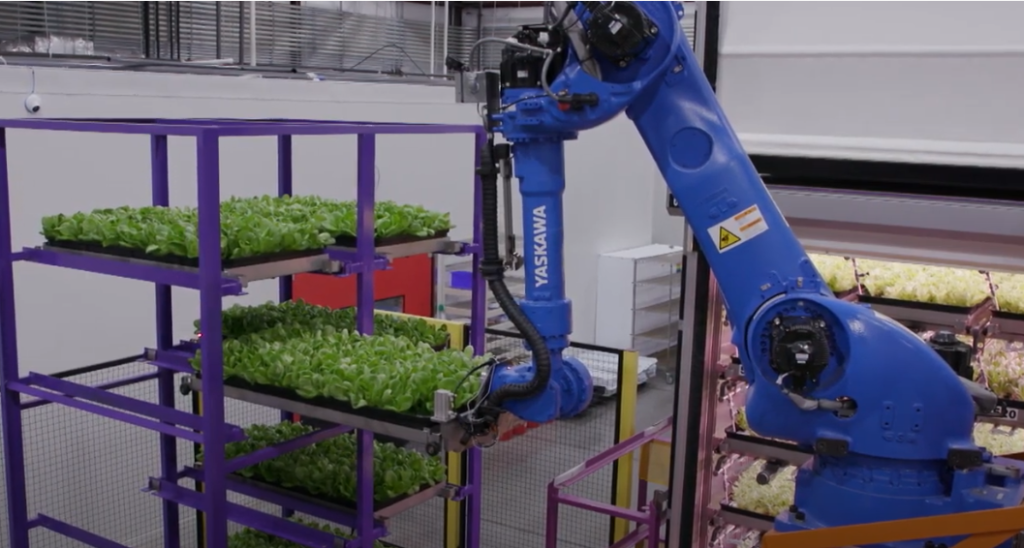 While we love to be forward-thinking about the latest software or tech gadgets, right now, many people in the U.S. are actually worrying about how they’re going to feed their families – literally.

Thanks to supply-chain delays, critical shortages in basic necessities such as baby formula and feminine hygiene products, grain shortages from Ukraine, and rising gas prices and inflation leading to rising interest rates, food security is a pressing issue right now.

But looking toward the future is the way we operate (it’s in our name, after all) so we took a look at some of the ways the Flyover states are addressing food security with technology.

Pitchbook released a report, Market Map: Foodtech recons with rocketing grocery prices, which analyzes some of the ways the food tech industry is adapting to the new reality, such as with kitchen tech and robotics, food waste and traceability and advanced vending.

Getting food to people’s businesses can be a challenge when your delivery is dependent on other companies, so Gordon Food Service has tackled last-mile delivery by adding van deliveries outside of its regular weekly shipments to businesses. GFS, which was founded and is still headquartered in Grand Rapids, Mich., partnered with FarEye to create software to help the company implement on-demand last-mile delivery, Al Contreras, innovation manager at GFS, told LogisticsViewPoints.com. The software gave GFS the ability to control, monitor and optimize routing, and track and trace orders.

Agriculture jobs are no longer just out in the fields. Across the industry, there’s a growing need for scientists at every level as agriculture becomes more high-tech, and employers are looking for people who don’t have a traditional ag background to fill jobs, according to an article by St. Louis Public Radio. Many of those STEM jobs in agriculture are based in metropolitan areas around the Midwest.

Vertical farming is an industry that is working to reduce food shortages and provide jobs in urban or distressed areas where farming might not have been possible in the past. Now 80 Acres Farms, an industry-leading vertical farming company, has announced the construction of new farms in Boone County, Ky., and Covington, Ga., according to ProduceBlueBook.com. In early 2021,the company opened its first fully automated farm in Hamilton, Ohio. That farm now serves more than 400 retail outlets, mostly in the Midwest. This isn’t Kentucky’s first vertical farm: AppHarvest put its flagship facility in Morehead, Ky.

Aftech aims to address food insecurity as well as improve yield, efficiency, and profitability for farm managers and growers. Stay tuned–you’ll be hearing much more out of this sector!