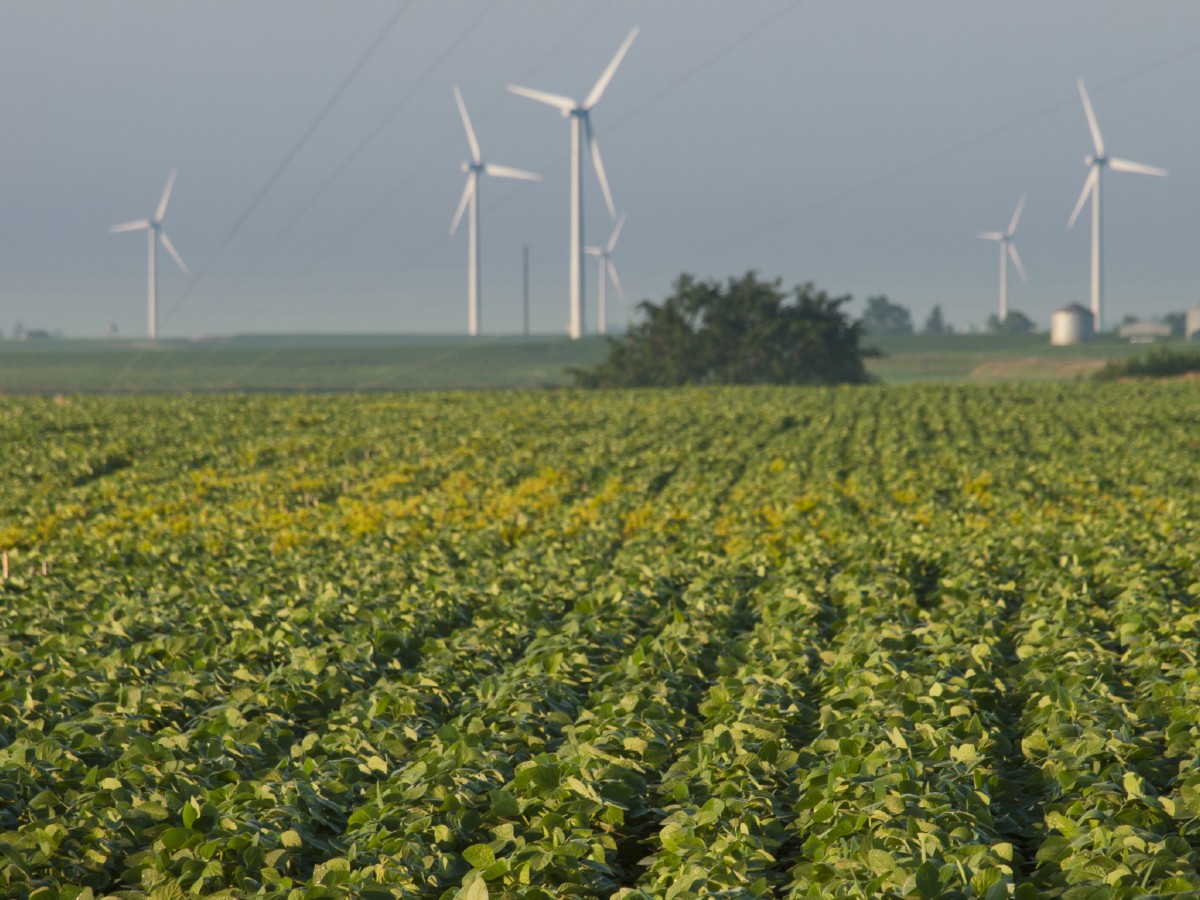 Agriculture is a top industry in Iowa, and the state is also known for its weird primaries and being the place national politicians descend on in presidential election years.

But Iowa can also boast a newer technology that is turning heads and blowing hair back.

The Hawkeye State is fueled by farming, so it makes sense that the local technology scene would center around agriculture. In 2020, Iowa generated around $26.2 billion in agricultural cash receipts, with the highest valued commodities being corn, hogs and soybeans. That same year, the value of Iowa’s agricultural production and processing industries represented 9.3 percent of total state GDP.

A secret to healthy food growth and continued profitability in agriculture is environmental sustainability, and Iowa gets it.

The state ranks second in the U.S. for generating wind energy (behind Texas), and it’s first in the nation for percentage of electricity powered by wind, at 36%.

In 2021, it was ranked first in renewable energy use, at 57.6 percent, by the American Clean Power Association.

Iowa Governor Kim Reynolds said, “MidAmerican’s Wind PRIME is a commitment and investment on a whole new level, cementing Iowa’s clean energy leadership for many years to come.” The project is expected to generate 1,100 jobs in the construction phase, and 125 full-time jobs for ongoing operations.

The U.S. Department of Energy recently announced $540 million to be distributed to states for technologies to build energy production and cut emissions, and Iowa State University got a share.

“The Ames Lab at Iowa State University is at the forefront of cutting-edge technologies to make our country energy independent again and lower carbon emissions while also strengthening our economy and bolstering our thriving energy industry in Iowa,” said U.S. Representative Randy Feenstra (R-Iowa).

So, while Iowa keeps us in grain, pork and soybeans (and political candidates), it’s also leading the way in saving the planet. The state will get no blowback from us.